At the buzzer: Indiana 87, Tennessee Tech 59 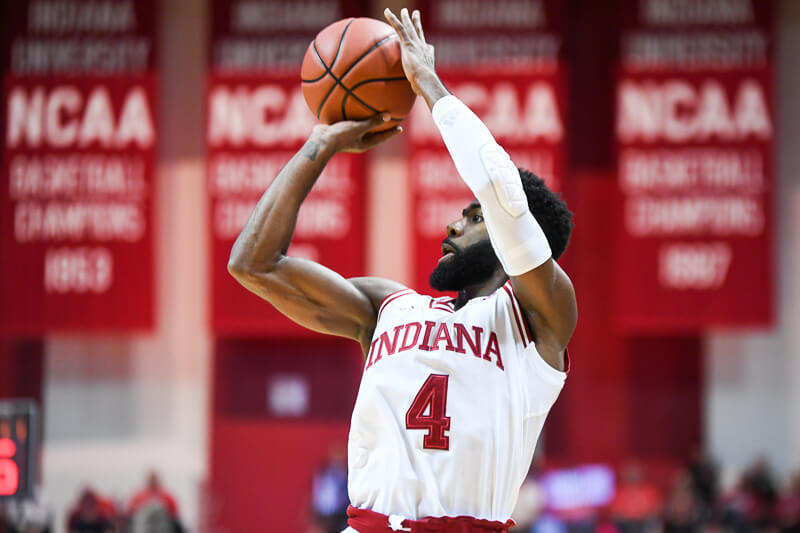 Quick thoughts on an 87-59 win over Tennessee Tech:

How it happened: A layup by Shaq Calhoun pulled Tennessee Tech within three at 27-24 late in the first half and it looked like Indiana might have a 40-minute battle on its hands. But rather than letting an inferior opponent stick around on Branch McCracken Court, Indiana ripped off an 11-2 run to claim a 38-26 halftime cushion. From there, the rout was on. After allowing Fort Wayne to tie an Assembly Hall record with 17 made 3-pointers, the Hoosiers were much better guarding the perimeter on Thursday night. Tennessee Tech, which entered the game shooting 38.4 percent from distance, went just 5-of-18 on 3s. Indiana, meanwhile, only turned it over 10 times on its way to 1.21 points per possession. The win sends Indiana into an eight-day break with just one non-conference game remaining until Big Ten play resumes.

Statistic that stands out: Indiana held Tennessee Tech to just .82 points per possession, its best defensive performance through 13 games. 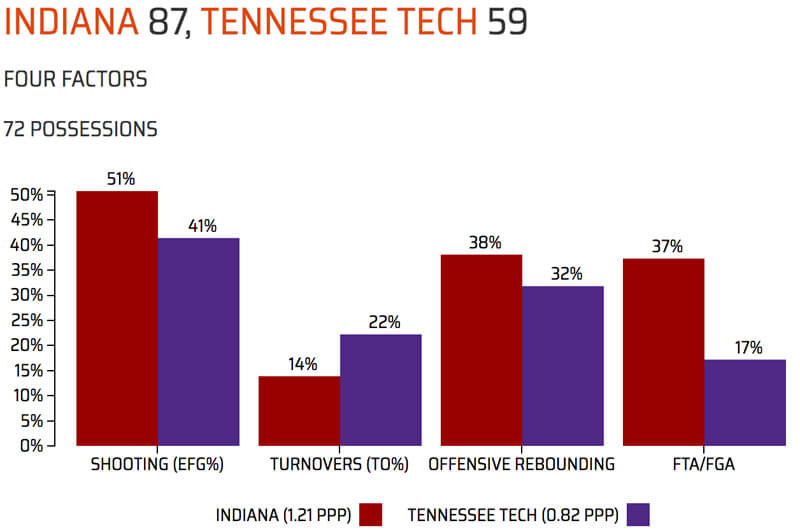