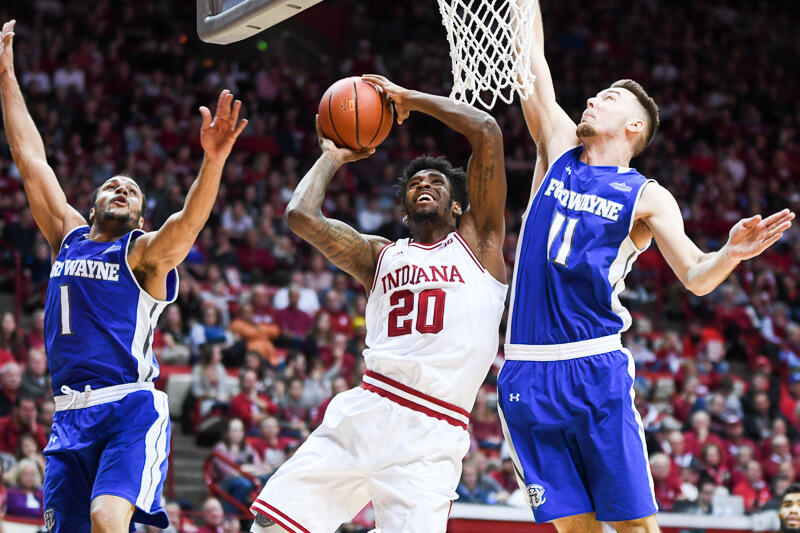 How it happened: In a game that had similarities to Indiana’s season opening loss to Indiana State, the Hoosiers were again run out of Simon Skjodt Assembly Hall by an in-state opponent on Monday night. Fort Wayne gained confidence in the first half by dictating pace, capitalizing off of turnovers and making seven 3-pointers. In the second half, the Mastodons turned the contest into a complete beatdown. Indiana had no answers as Fort Wayne hit 17 3-pointers, which tied the record for 3-pointers made for an opponent on Branch McCracken Court. Rather than avenging last season’s disappointing, stunning loss to Fort Wayne at War Memorial Coliseum, the Hoosiers put together an even bigger clunker. The loss doesn’t erase Indiana’s win over Notre Dame over the weekend in the Crossroads Classic in Indianapolis, but it’s clear evidence that plenty of work remains for this group. 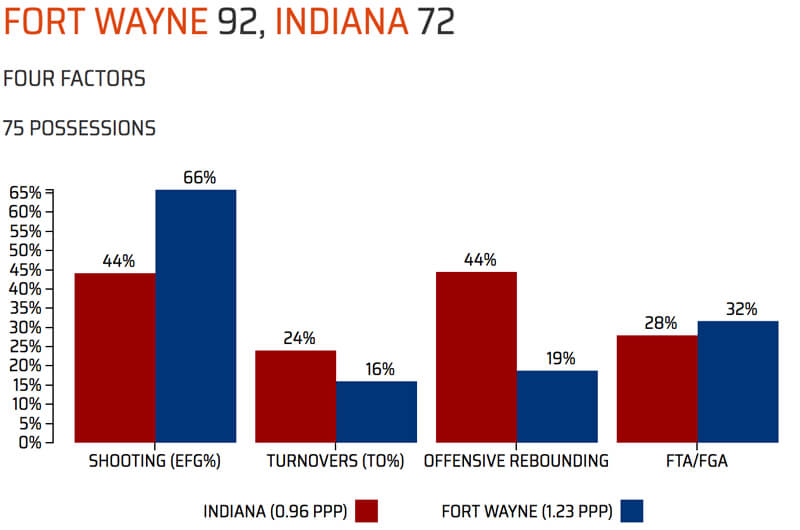