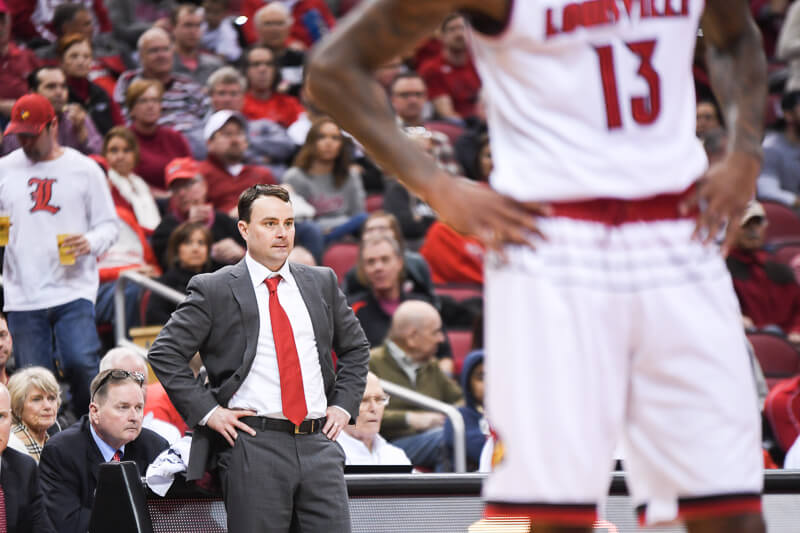 The Big Ten held a coaches teleconference on Monday, December 11 to discuss the first month of the season and the two early season conference games. Here are some notes and quotes from Archie Miller’s remarks on the call:

Opening statement: “We’re coming off of a tough road game at Louisville. I thought our guys prepared really well. I thought our guys were ready to compete. We were in a position in that game to have multiple opportunities to get the win and just weren’t able to do it. We’re looking forward to another opportunity against another really good team in Notre Dame in Indy after a week of our finals. We’re looking forward to the opportunity of playing. I think we’re getting better and I think the big thing for us is just finding a way to get a little bit sharper at some of the things we’re making mistakes at, cleaning those things up and having an opportunity to capitalize and maybe win some of these games down the stretch.”

On his thoughts when the Ohio State job opened given his relationship with Thad Matta: “At the time, very, very stunned. Thad is a great friend, mentor. He’s a person who took great care of me. So it was really just, at the end of the day, really thinking about him and his family at that time and moving on. There’s really not a whole lot to talk about when it comes to the job opening or anything like that. It’s really just thinking about the people. It’s about Thad and his family. As you get moving a little bit further on and as time moves forward, you continue to just think about them. At the end of the day, Thad is a great guy, someone I care deeply about and our family cares a great deal about. It’s really about him. It’s not about Ohio State.”

On whether he’s kept in touch with Matta: “Oh yeah, absolutely. I’ve stayed in touch with him my entire time as a coach. Stayed at touch when he was at Ohio State and I was at Dayton. And I’ve continued to stay in touch with him at Indiana. He’s into the next phase of his life.”

On if the shots IU missed in the Louisville loss were good looks: “I think a lot of the shots in the second half I would say were decent looks. I wouldn’t say they were great, great looks. I think Louisville did a great job of challenging shots. They used their length and bothered us. Some of them were obviously good looks that just didn’t go in. I think from our team’s standpoint, we’re not putting a whole lot of emphasis on struggling with shooting. At the end of the day, you’re going to play a lot of different games, you’re going to get good looks. As of right now, I don’t think our team is shooting the ball as good as we can, but you’re not going to dwell on it much. If you get those same looks moving forward on Saturday, you have to take them and feel like they’ll go in. I think some of the shots against Louisville were challenged. I think they do a really good job with their zone, with them changing defenses, with their length and putting pressure on some of your looks with great length. At the same time, it wasn’t like we were just standing their shooting just wide open layup 3s that didn’t go in. Some of them were challenged, but at the end of the day, you’ve gotta make some of those shots and I think we will as time goes forward.”

On his thoughts on the Big Ten: “We’ve played two Big Ten games. Went to Michigan and didn’t play very well. And then obviously having our first home Big Ten game at home against Iowa, being able to win that one was a good sort of shot in the arm. The Big Ten is a great conference. Toughest conference in the country to be able to win on the road without question. I think it’s everything that I kind of knew it would be. For us, at Indiana, we’re trying to climb the ladder and we’re trying to be at the top of the conference at some point. It’s an unbelievable conference with unbelievable coaches.”

On Devonte Green’s season so far and what has to happen for him to become more consistent: “The thing about Devonte is, he’s one of our more talented players. I think the consistency has to come with the focus of doing the job. When he’s had unbelievable stretches in games, he’s shown what type of player he can be. And a lot of it comes with his every day approach. When your every day approach is really good, good things will follow. And I thought Devonte’s had a really good approach. Maybe Louisville wasn’t his best showing just in terms of how we thought he approached the game or how he got into the game, but I think the big thing for Devonte is just to stay with it. And as he stays with it and he continues to string together really good practice days and good habits, then usually good things will follow. He’s a talented guy and we’re trying to maximize everything that we’ve gotten out of him. I think the big thing for him is to focus on doing the little things and the things to help prepare to help our team to win. I think when he does that, good things will follow.”