At the buzzer: Louisville 71, Indiana 62 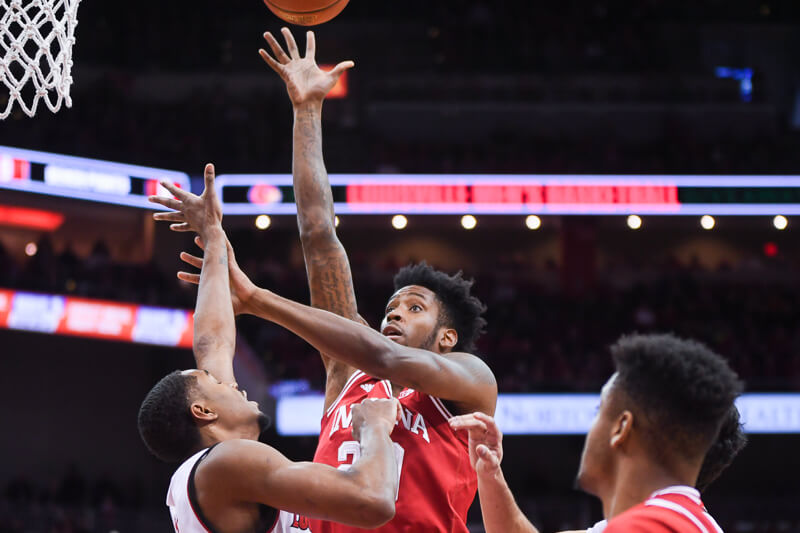 How it happened: Indiana started strong in the KFC Yum! Center on Saturday afternoon. The Hoosiers sprinted out to a 10-point first half lead on the strength of hot shooting and second-chance points. Louisville, meanwhile, struggled to find its footing as its crowd grew restless. But as you’d expect from an experienced team playing in their own building, Louisville made a run in the latter part of the first half to close the gap to one at halftime. Freshman Malik Williams was a big reason for that as he splashed a trio of 3-pointers, many of which were uncontested. The Hoosiers kept it close for a good part of the second half, but an inability to convert from the perimeter was ultimately their undoing. Indiana shot a dismal 0-of-12 on 3s in the second half and Robert Johnson, who shot 0-of-4 from distance, didn’t score in the game. The loss drops the Hoosiers to 5-5 and they’ll have a week to regroup before taking on Notre Dame next weekend in Indianapolis.

Statistic that stands out: Indiana’s second half shooting was a killer as the Hoosiers hit just 10-of-28 from the field. 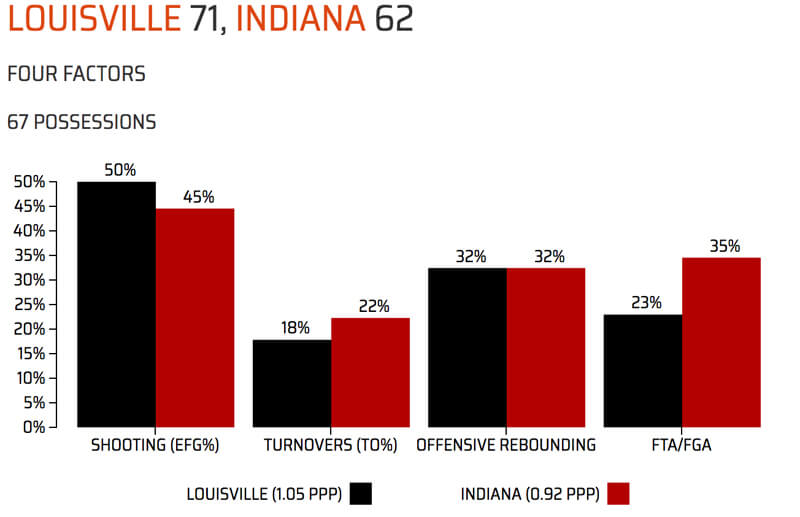