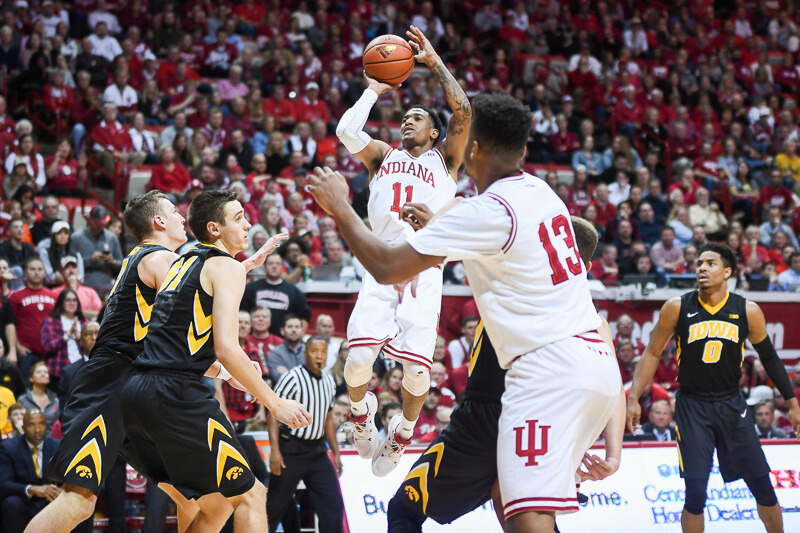 How it happened: It was a game of runs Monday night on Branch McCracken Court. Indiana made the first one, a 14-0 spurt in the first half and led 41-26 at the half. The Hoosiers scored 1.07 points per possession in the first half as turnovers and poor shooting stalled Iowa’s offense. But Indiana’s energy waned at the start of the second half as Iowa went on a 16-2 run to get within one at 43-42 with 16:42 to play. The Assembly Hall crowd grew restless and it looked like the Hoosiers would have their hands full down the stretch. Indiana, however, answered with an 18-0 run to notch its first conference win. The victory snapped a two-game losing streak going into Saturday’s showdown with Louisville at the KFC Yum! Center.

Statistic that stands out: After shooting just 5-of-21 on 3s in Saturday’s loss at Michigan, Indiana was better from the perimeter in the win over Iowa. The Hoosiers shot 8-of-21 on 3s. Indiana also had another strong game in terms of taking care of the ball and finished with a turnover percentage of 14. 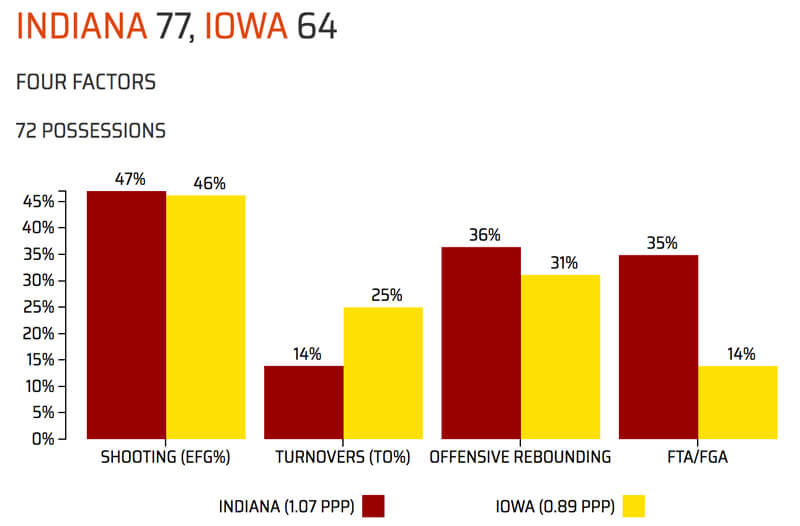