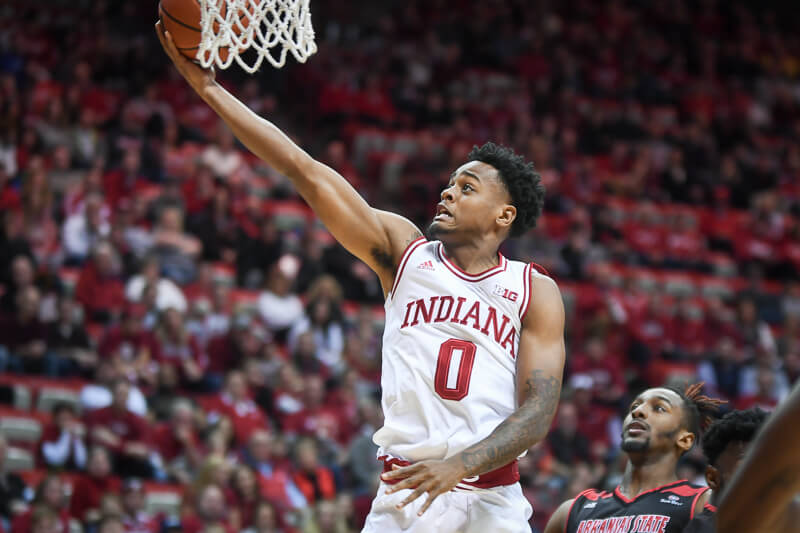 Indiana sophomore guard Curtis Jones has left the team and will transfer at the end of the semester, the program announced on Sunday afternoon.

He did not play in Wednesday’s 91-81 loss to Duke in the Big Ten-ACC Challenge and logged just three minutes in Saturday’s 69-55 loss at Michigan.

“We appreciate Curtis’s contributions and wish him nothing but the best in the future,” Indiana coach Archie Miller said in a release.

A former top 100 recruit, Jones committed to Indiana in September of 2015 and chose the Hoosiers over Georgetown, California and Oklahoma State.

“I’m grateful to have had the opportunity to be a part of the IU basketball program and look forward to finding a new situation where I can achieve the goals I have as a basketball player and as a student,” Jones said in a release.

The departure of Jones leaves Indiana with two available scholarships to use for next season.