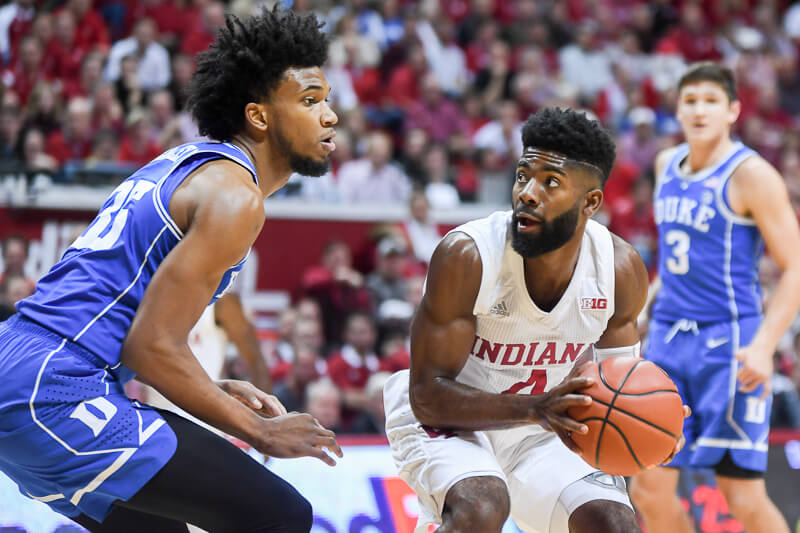 How it happened: It was a battle between Indiana and No. 1 Duke for nearly 40 minutes on Branch McCracken Court. The Hoosiers traded buckets with the Blue Devils for 35 minutes and Simon Skjodt Assembly Hall was at a fever pitch. But the final five minutes decided this battle and as you’d expect the No. 1 team in the country to do, as Duke landed the final punch in the game’s closing minutes. After Indiana grabbed a 75-74 lead on a Collin Hartman layup with 5:26 to play, the Blue Devils took over. Grayson Allen and Marvin Bagley III both made plays. Indiana missed free throws. The Hoosiers wouldn’t make another field goal after the Hartman layup. And after standing toe-to-toe with the nation’s most talented team, Indiana ended up with its third loss of the season despite playing arguably its best game of the season.

Standout performers: Robert Johnson finished with 17 points before fouling out in 33 minutes. De’Ron Davis, who barely played in the first half because of foul trouble, finished with 16 points. And Collin Hartman came off the bench to score 11.

Statistics that stands out: The Hoosiers hit just 16-of-26 free throws and made just 5-of-21 from behind the 3-point line.