At the Buzzer: Indiana 87, Arkansas State 70 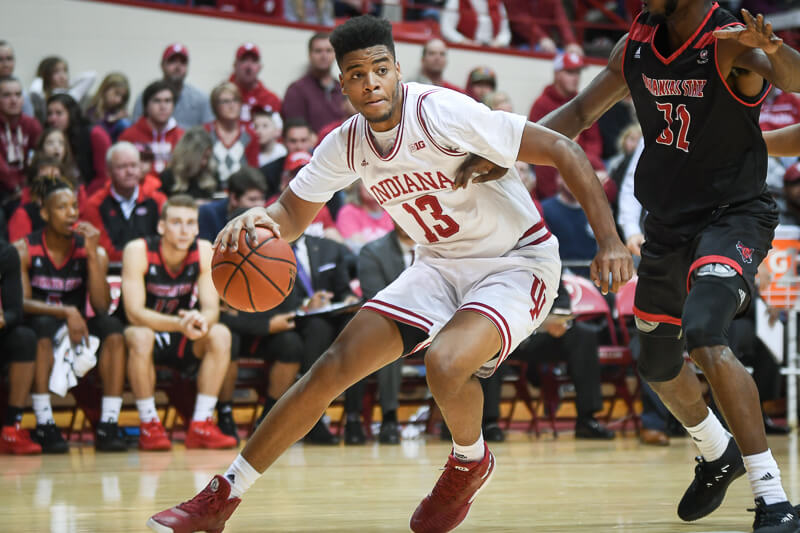 Quick thoughts on a 87-70 win over Arkansas State:

How it happened: Early on, it looked as if Indiana would have trouble pulling away from another early season opponent on Branch McCracken Court. Arkansas State’s zone was effective early and through the game’s first 8:54, Indiana managed just 12 points. But once the Hoosiers cracked the zone, the floodgates opened offensively in the first half. The Hoosiers turned it over just four times before intermission and shot 14-of-24 on 2s to finish the first half with 1.34 points per possession. But this victory didn’t come easy for Indiana. Arkansas State cut the lead to three on multiple occasions in the second half before the Hoosiers were able to pull away late. The key down the stretch? Indiana took care of the ball. After turning it over four times in the first eight minutes of the second half, Indiana didn’t commit a turnover in the final 11:41.

Standout performer: Juwan Morgan finished with a career-high 28 points on 9-of-11 shooting from the field and a 10-of-10 performance from the foul line.

Statistics that stands out: Indiana won the points off of turnovers battle 15-0 and had nine blocked shots.