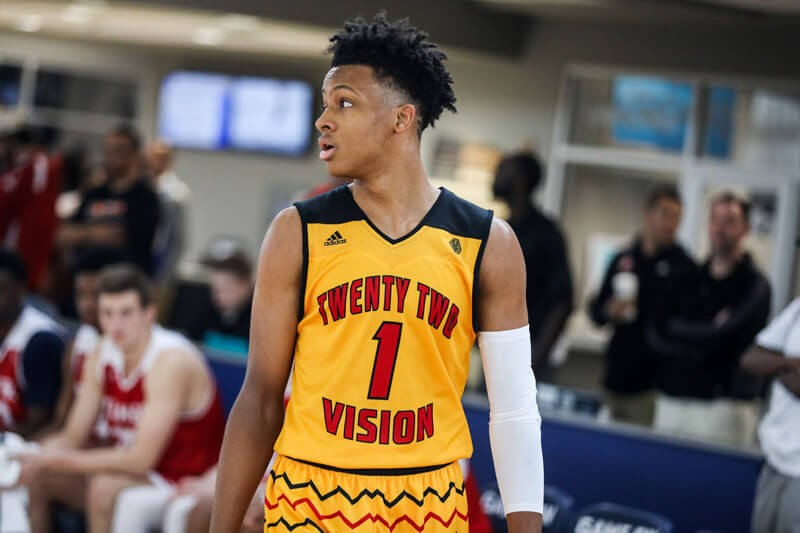 Langford, the state’s Mr. Basketball frontrunner, scored a career-high 48 points as New Albany crushed Charlestown, 110-36, in front of a sellout crowd at the CHS Sports Arena.

His previous career-high was 46 points in New Albany’s win over Southport in the 2016 Semi-State at Richmond. The Bulldogs went on to win the state championship that season.

The 6-foot-5 guard passed Steve Alford on the state’s all-time scoring list with the performance and currently has 2,127 career points.

Langford, who has Indiana in his list of three finalists, can move into the top 25 on the all-time scoring list on Saturday when New Albany travels to Bloomington South. Kyle Macy (2,137 points) is 25th on the list.

The Bulldogs are ranked No. 1 in Class 4A.

New Albany coach Jim Shannon, along with Langford and senior guard Sean East, talked about the opening night rout in a postgame press conference, which is available below: