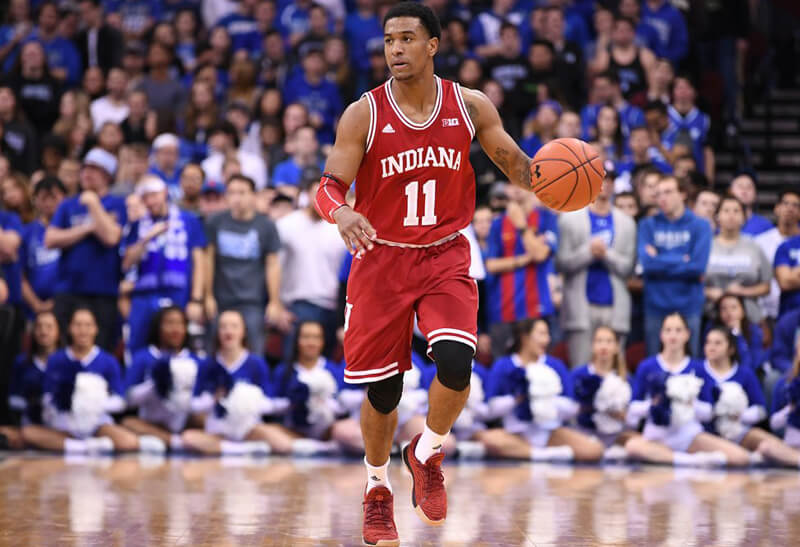 How it happened: Archie Miller warned on Tuesday that this would be a game “for the men.” And while Indiana showed flashes of improved play on Wednesday night in the Prudential Center, the Hoosiers were beaten handily by one of the Big East’s best teams. It looked like the Pirates would run away with the game early, but Indiana came back from an early nine-point deficit to claim the lead. Seton Hall led by just one at the half. The second half, however, was a different story. The Pirates were quickly into the bonus after the half and careless turnovers only put the Hoosiers at even more of a disadvantage. Indiana had no answer for two Pirates: Desi Rodriguez, who had a game-high 23 points, and Angel Delgado, who finished with 19 points and 11 rebounds. Through three games and two double-digit losses, it’s clear that Indiana has a long way to go in year one of the Archie Miller era.

Standout performer: Devonte Green’s hot shooting kept Indiana in the game in the first half. The sophomore guard from New York finished with a team-high 16 points. Freshmen Justin Smith and Al Durham Jr. also had 10 points each.

Statistics that stands out: Indiana committed 18 turnovers for a turnover percentage of 26. The Hoosiers were also outscored by 11 at the free throw line. 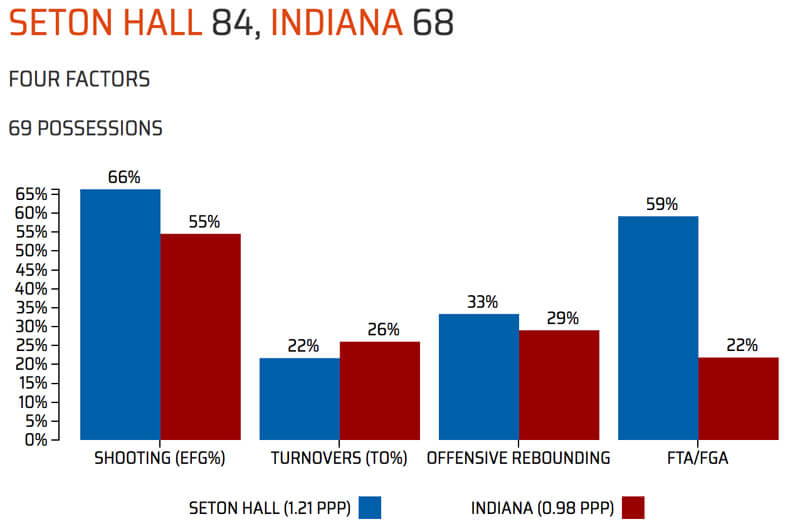