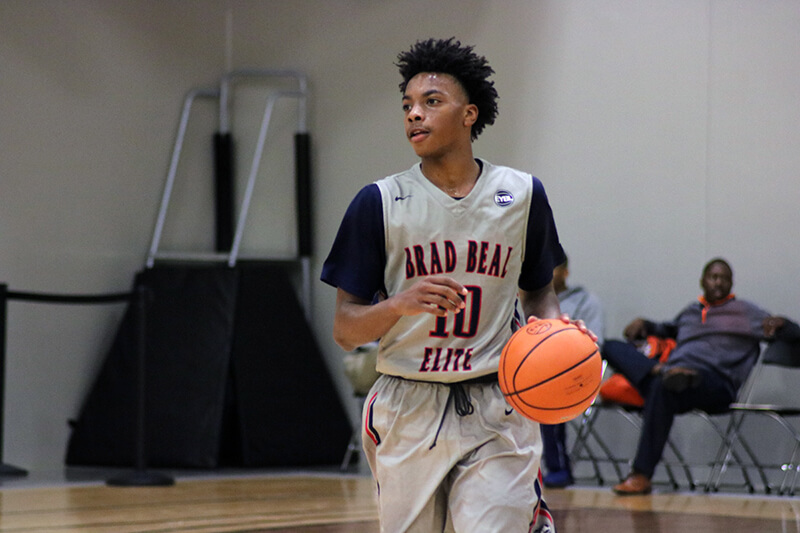 On Monday, class of 2018 Brentwood Academy (Tenn.) point guard Darius Garland will announce his college decision at his high school. The announcement is expected to come at approximately 3:45 p.m. ET.

Garland announced a list of six finalists in July – Vanderbilt, Kentucky, Indiana, UCLA, Kansas and Duke. The Jayhawks and Blue Devils, who were once considered a primary contender, fell off in the fall as neither received an official visit. That left the five-star point guard with four schools and all received official visits this fall. In order, the official visits went to Vanderbilt, Kentucky, Indiana and UCLA. At this point, all signs point to Indiana and Vanderbilt as the two schools Garland will choose from.

· The Indiana recruitment: Garland was an Indiana target and priority under the previous coaching staff and made a visit for Indiana’s final home game of the 2015-16 season against Maryland. Once Archie Miller took over in March, Indiana ramped up the interest in Garland and visited him at his high school and watched him extensively over the spring and summer with Bradley Beal Elite. Garland has ties to the state as he lived in the Gary, Indiana area until his seventh grade year when he relocated to Nashville.

· The Vanderbilt recruitment: Bryce Drew, an Indiana native, has prioritized Garland since taking over at Vanderbilt in April of 2016. The Commodores have hosted Garland for multiple unofficial visits and their proximity to him has certainly helped in their pursuit. A former NBA guard, Drew guided Vanderbilt to the NCAA tournament last season in his first season as head coach in Nashville and has done a very solid job in recruiting at a school that isn’t known as a basketball power.

Garland originally scheduled his announcement for Wednesday, Nov. 15 at 6:30 p.m. ET, but then changed it to Monday. Garland’s father, Winston, has been consistent in saying that he would commit and sign in the early period, which concludes this Wednesday.

· At Indiana: The Hoosiers have already assembled a very good 2018 recruiting class with four signees, but could knock it out of the park by landing Garland and five-star New Albany guard Romeo Langford. Indiana has already signed Robert Phinisee, but the addition of Garland would give the program elite talent at point guard to take the reins and also solidify its depth at the position entering next season. Adding Garland would also likely make coming to Bloomington even more attractive to Langford, who is also considering Kansas and Vanderbilt.

· At Vanderbilt: As you’d expect with a five-star point guard, Garland would also have the ball in his hands from day one at Vanderbilt. The Commodores have a lot of time invested in Garland and with just one class of 2018 pledge so far, he’s a pivotal piece as they also continue to recruit Langford and five-star forward Simisola Shittu. Vanderbilt has lost plenty of high-caliber recruits from the Nashville area in its history and Garland turning down the Commodores would be another tough blow to take.

Brentwood Academy’s school sports network plans to live stream the announcement, which we’ve linked below. Additionally, we’ll have updates via our Twitter account, which is also linked below:

We will attempt to Periscope Darius Garlands announcement today at 2:45? pic.twitter.com/bGWDYBGPsD