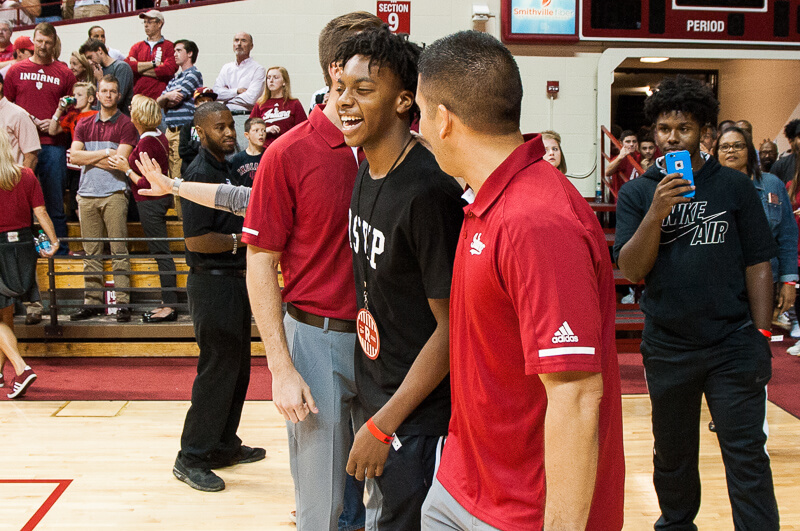 Update: Darius Garland has changed his announcement to Monday at 2:45 p.m. CT, according to Evan Daniels. His father, Winston, confirmed those plans to Inside the Hall in a text message.

Change of plans. Five-star guard Darius Garland will announce his college choice on Monday, per his father | Story: https://t.co/cnU6bNKFea pic.twitter.com/KNoTi8E727

As first reported by Evan Daniels of Scout/247Sports, Garland will make an announcement on Wednesday, Nov. 15 at 5:30 p.m. CT at his high school.

The scheduled announcement time for Garland comes at the same time as the tip-off for Indiana’s road game against Seton Hall in the Gavitt Games.

Garland, the No. 10 player nationally according to the 247Composite, took official visits to Vanderbilt, Indiana, Kentucky and UCLA.

Originally from Gary, Indiana, Garland moved to Nashville as a seventh grader. His father, Winston, played at Gary Roosevelt, Missouri State and in the NBA for five different teams.

Garland was one of two five-star recruits to visit Bloomington for Hoosier Hysteria. The other was Romeo Langford, who is expected to trim his list to three schools on Saturday morning.

Garland is expected to sign his National Letter of Intent in the early signing period.