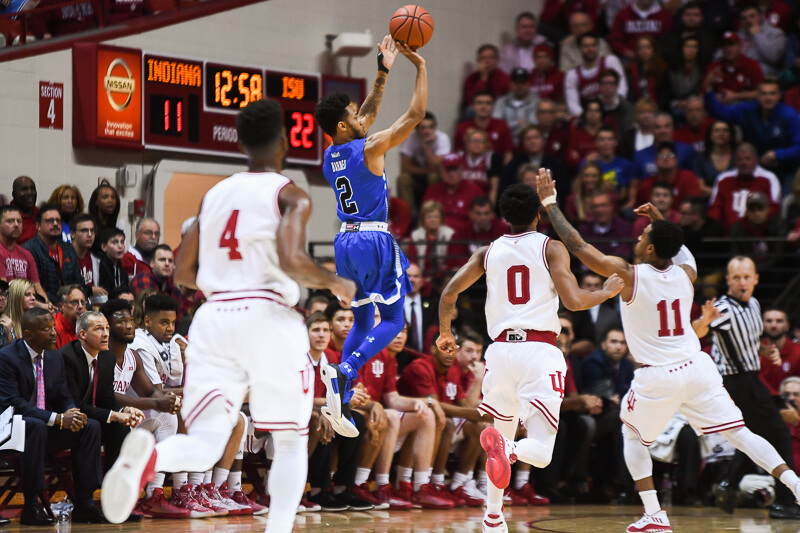 Quick thoughts on a 90-69 loss to Indiana State:

How it happened: A 3-pointer by Qiydar Davis opened the scoring on Friday night at Simon Skjodt and it was a sign of what was to come. After a Bryson Scott 3-pointer put Indiana State up 25-11 with 12:52 to play in the first staff, Archie Miller called for a timeout. But Indiana didn’t get closer than 11 the rest of the way. The Hoosiers allowed 17 3-pointers in a blow out loss to the Sycamores, the most ever for an opponent on Branch McCracken Court. Some of the shots were contested, but many were the result of defensive breakdowns against an in-state foe hungry for an early season statement. Indiana State, with a pair of exhibitions against Big Ten opponents already under its belt, never let off the gas. The lead ballooned to 30 at the 14:31 mark of the second half as Indiana lost its home opener for the first time since the 1984 season.

Standout performer: Sophomore De’Ron Davis finished with 14 points in 21 minutes, but also had four fouls. The Colorado native was 6-of-7 from the field.

Statistic that stands out: In addition to allowing a record 3-point performance by an opponent in Assembly Hall, Indiana allowed 1.26 points per possession and had 19 turnovers for a turnover percentage of 26.5.