What to expect: Indiana State 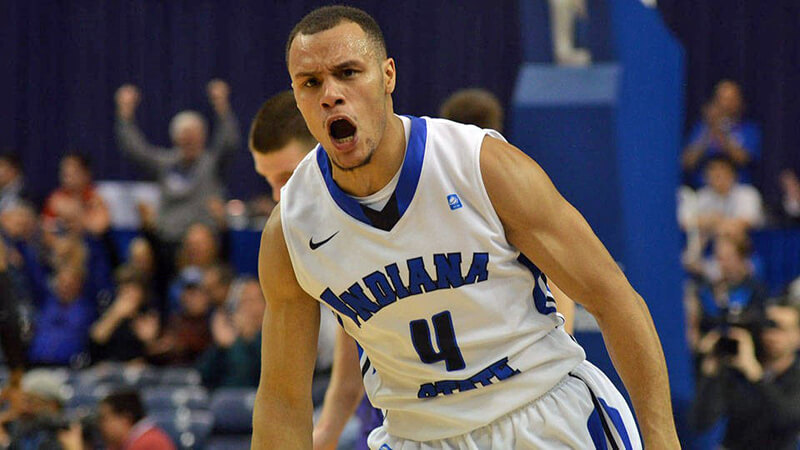 The Archie Miller era officially gets underway in Bloomington on Friday night as Indiana hosts Indiana State at Simon Skjodt Assembly Hall. The Sycamores, who finished 11-20 last season, were picked to finish eighth in the Missouri Valley Conference.

The game will be broadcast on BTN Plus ($) at 7 p.m. ET with David Sugarman, Max Bielfeldt and Courtney Robb on the call:

Nearly 33 weeks after being officially introduced as the 29th men’s basketball coach in Indiana University history, Archie Miller will coach his first game that matters in Bloomington.

The Hoosiers are coming off one of the most disappointing seasons in recent memory that ended with an NIT loss at Georgia Tech. And as this new season tips off, there are plenty of question marks.

Among them: Can the defense show significant improvement? Can Indiana take care of the ball and make better decisions? And does this group have enough firepower offensively to succeed?

It won’t take long to get an idea of where this Indiana team stands, however, because of a non-conference schedule that is packed with high-caliber opponents. Indiana State isn’t a headliner on the schedule, but the Sycamores are a significant step up from many of the non-conference foes who have come to Simon Skjodt Assembly Hall in season’s past.

Friday’s contest is one of seven in 20 days for the Hoosiers, a stretch that includes a trip to Seton Hall and a home game to close the month against Duke. After months of prognostications, the wait is over: Indiana basketball is back.

Indiana State was a disappointment a season ago and won just six games after beating then No. 15 Butler on Dec. 7.

Coach Greg Lansing is optimistic that the results will be far more positive in 2017-18 as a retooled roster appears to possess more depth than last season’s group that went just 5-13 in the MVC.

The headlining returnee is senior guard Brenton Scott, who averaged 15.9 points last season and was the team’s only double figure scorer. The 6-foot-3 Scott is high volume, low efficiency as he used 28 percent of the team’s possessions last year and shot just 37.4 percent from the field.

Offensively, Scott is best as the ball handler in pick-and-roll situations, according to Synergy Sports. In 111 such possessions last season, he scored 95 points, which ranks in the 74th percentile nationally. Scott was also a respectable 3-point shooter at 35.1 percent on a high number of attempts (202). His turnover rate (11.9) was also more than respectable for a player with the ball in his hands so much.

The Sycamores hope that sophomore Jordan Barnes and graduate transfer Qiydar Davis can take some of the pressure off of Scott, who was the focus of opposing defenses all of last season.

Barnes, a 5-foot-11 guard, reportedly went for 26 points and 10 assists in a secret scrimmage win over Illinois last month. He followed that up with 15 points in an exhibition loss at Purdue on Oct. 28. Barnes was an excellent free throw shooter last season (90.5 percent), but shot under 40 percent on 2s and just 33.3 percent on 3s.

Davis, who arrives from Louisiana Tech, is just 4-of-20 from the field through two exhibition games. The 6-foot-5 wing is coming off of two knee injuries and played in just 11 games over his final two seasons at Louisiana Tech.

Freshman Tyreke Key, the class A Mr. Basketball in Tennessee last year, is coming off a 14-point performance in Indiana State’s exhibition win over Marian. Freshman Clayton Hughes and senior Demonte Ojinnaka could also figure into the backcourt rotation.

In the frontcourt, junior college transfer Devin Thomas should make an immediate impact. He blocked 100 shots last year at Mineral Area College (Mo.). The Richmond native was ranked as one of the top 30 junior college players in the country last season.

Senior Brandon Murphy, who is 6-foot-7 and 275 pounds, was third in the MVC last year in blocked starts and started in both of the exhibition games.

Sophomore Bronson Kessinger, junior Emondre Rickman and freshman Daniel Huenerman should round out the frontcourt. Kessinger, a Corydon product, played sparingly last season as he continued to recover from a horrific leg injury suffered in his final year of high school. He played in 27 games last season.

The Hoosiers, meanwhile, are adapting to a new system that is a significant departure from the last nine years under Tom Crean. Indiana will certainly be more deliberate offensively with a new emphasis on taking care of the ball. IU’s turnover percentage in both exhibition games were lower than in any game last season.

Ultimately, though, defense is likely to determine the ceiling for Miller’s first IU team. The Hoosiers were just 104th a season ago in adjusted defensive efficiency, according to Pomeroy, and had the Big Ten’s worst defense in league play.

The Pomeroy projection is Indiana by 14, Bart Torvik’s T-Rank likes the Hoosiers by 16 and Jeff Sagarin’s numbers also favor Indiana by 16.

Indiana State’s secret scrimmage win over Illinois suggests those numbers could be a bit high, but it’s also difficult to get a read on what to expect in the first game in any season. Indiana State had a high amount of offseason roster turnover and Indiana is playing its first meaningful game under a new head coach who is implementing a new system.

The Sycamores should be well prepared with two “games” against Big Ten opponents already under their belt and you can be sure the energy in the building will be high as Indiana fans welcome a new era of basketball to Simon Skjodt Assembly Hall.