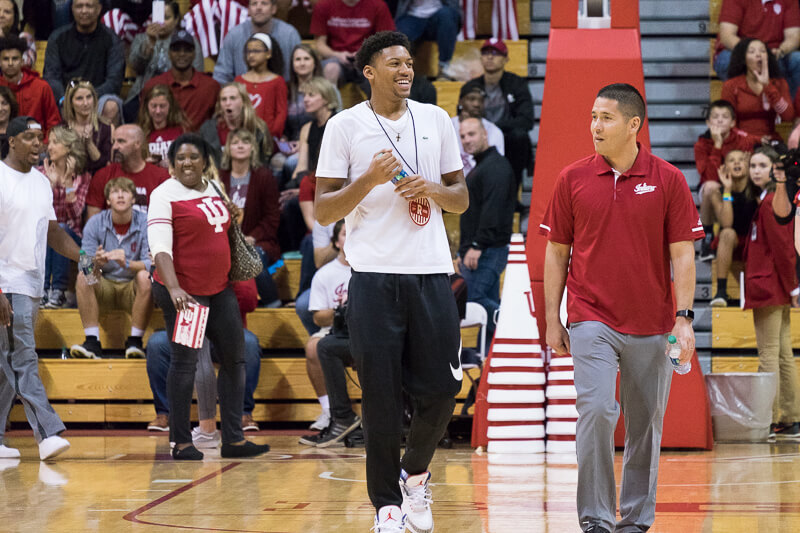 The early National Letter of Intent signing period begins today and all four of Indiana’s class of 2018 commitments will sign with the Hoosiers.

The first player expected to sign is South Bend Riley’s Damezi Anderson, who told Inside the Hall that he will sign at 9 a.m. on Wednesday at his high school. Anderson, a 6-foot-6 forward, is the No. 97 player nationally according to the 247Composite.

Two other future Hoosiers will also sign on Wednesday.

Jerome Hunter, the highest ranked of IU’s four 2018 recruits, will sign at Wednesday at 3 p.m. at his high school according to Ohio NOVA program director Andreas James. Hunter, a 6-foot-7 forward from Pickerington North (Ohio), is the No. 63 player nationally according to the 247Composite.

Jake Forrester will also sign Wednesday at 3 p.m. at the Westtown School (Pa.), according to his father, Dwight.

McCutcheon’s Robert Phinisee told Inside the Hall late Tuesday that he will sign on Thursday at 2:45 p.m.

Indiana’s 2018 recruiting class is currently ranked 12th nationally by the 247Composite and is fourth in the Big Ten behind Michigan, Maryland and Michigan State.