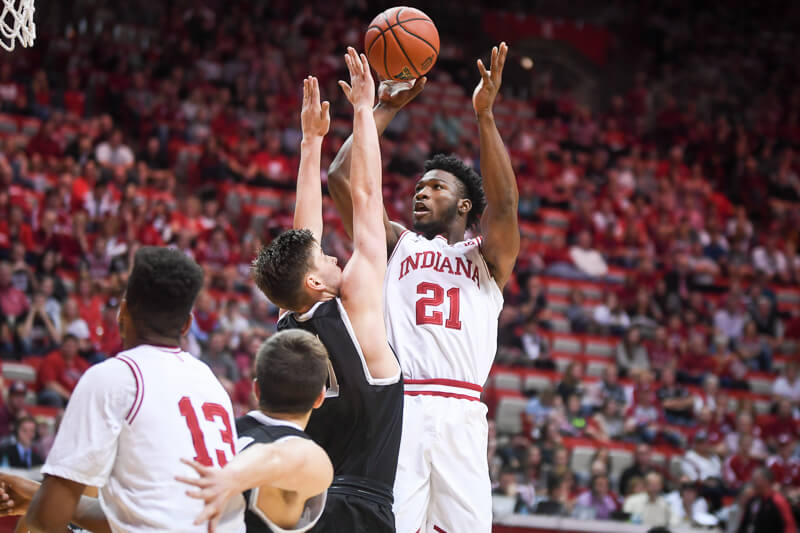 Quick thoughts on a 74-53 exhibition win over UIndy:

How it happened: Sunday’s exhibition against the University of Indianapolis, a perennial top 20 team in Division II, was a step up in competition from last weekend’s contest against Marian University. But the Hoosiers had little trouble with the Greyhounds, who shot a dismal 41.2 percent from the field. Credit an improved Indiana defense, which held UIndy to .85 points per possession in the win. Offensively, Indiana still has plenty to work on, but there were several bright spots. The Hoosiers committed just eight turnovers and grabbed 16 offensive rebounds for 16 second-chance points. Indiana’s offense doesn’t look as explosive as it’s been in recent seasons through two exhibition games, but the Hoosiers are much more sound fundamentally on both ends.

Standout performers: Senior forward Freddie McSwain is finding a role as a guy who can rebound, defend and also finish some plays around the basket through two exhibitions. McSwain finished with 12 points and nine rebounds in 13 minutes on Sunday. Collin Hartman also returned to action for the first time since IU’s 2016 NCAA tournament loss to North Carolina and scored nine points (3-of-3 on 3s) in 15 minutes off the bench. Robert Johnson also had 18 points on 7-of-15 shooting to go along with five rebounds.

Statistic that stands out: After turning it over on just 13.6 percent of its possessions in the exhibition win over Marian, the Hoosiers did an even better job of taking care of the ball against the Greyhounds. Indiana finished with eight turnovers for a turnover percentage of 12.8.