Damezi Anderson on Hoosier Hysteria: “It was amazing” 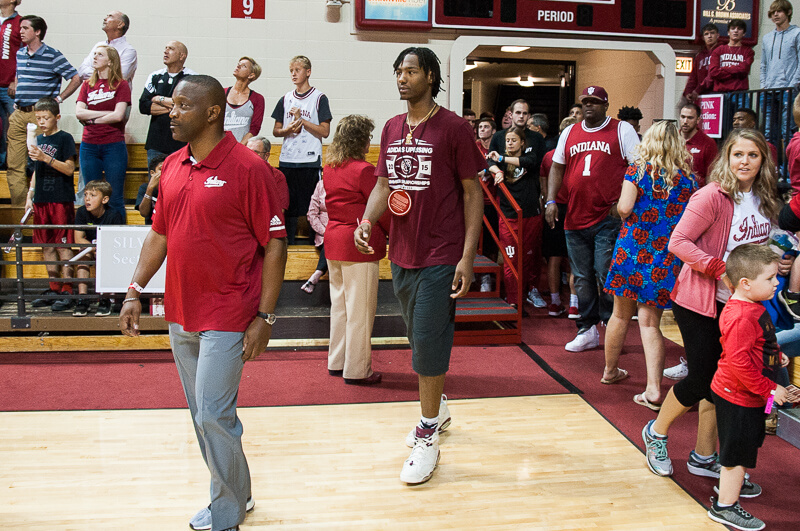 But there was something different about this year’s event, according to the four-star prospect and IU commit.

“It was just a lot more energy in the building (than in year’s past),” Anderson told Inside the Hall on Sunday afternoon. “It was great. It really shocked me and really motivated me. The amount of the people that were, the atmosphere, how much the fans support the Hoosiers, it was just shocking.”

Anderson, who committed to Indiana in July, was one of three current IU commits who were at Hysteria on unofficial visits.

Just prior to the start of the event, several recruits in attendance walked across Branch McCracken Court and were welcomed by more than 12,000 Indiana fans in attendance.

“It was amazing,” Anderson said. “It just made me feel like I was at home.”

Hoosier Hysteria, which is put together with recruits and fans in mind, featured a shooting contest, dunk contest and a 24-minute scrimmage.

IU’s 2018 recruiting class, which is currently ranked seventh nationally by the 247Composite, would get a significant boost if the Hoosiers are able to land either Langford or Garland, a pair of five-star prospects.

“Darius and Romeo, I’ve been talking to them a lot and telling them that we could have a great squad if they join us,” Anderson said. “We could do something special. Darius would be great for Indiana and so would Romeo. He’s the best scorer in Indiana. With me, Rob, Jerome, Jake (Forrester), Race (Thompson) and then maybe Keion and Trayce coming in the next year, it would be great for the Hoosiers.”