Around the Hall: McGinnis enters Hall of Fame 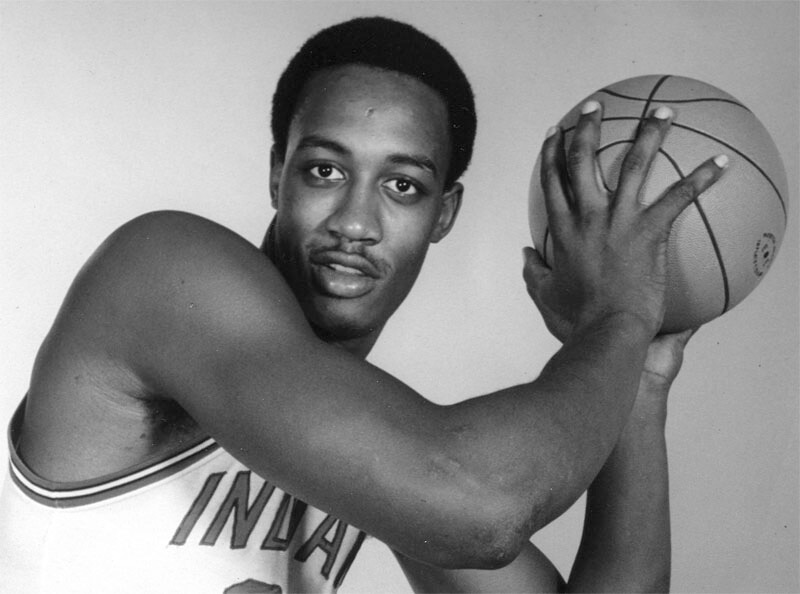 Around the Hall is recommended reading from the Inside the Hall staff. This special edition of Around the Hall is a roundup of recent stories on Indiana basketball legend George McGinnis and his induction into the Naismith Memorial Hall of Fame.

McGinnis received his first injection of Hoosier Hysteria in 1956, when he was five years old. His father had recently purchased a used television, a black-and-white Magnavox, about 20 inches. He attached a clothes hanger to bring in better reception and together they watched Crispus Attucks High School’s second consecutive state championship. Robertson, the best high school player in state history to that point, and perhaps to this point as well, led an undefeated season that filled the city’s black citizens with pride.

McGinnis knew nothing of basketball at the time. His father has played baseball in the South, and cared nothing for Indiana’s favorite sport. But McGinnis recalls Burnie leaving the house that Saturday night to join a couple of buddies and walk to Indiana Avenue to participate in the postgame celebration.

The next morning, the sound of dribbling basketballs filled the neighborhood.

“Damn these kids! It’s 8 in the morning!” George’s mother, Willie, complained. “Hey, where are you going?”

Too late. George was rushing out the door, answering the siren call of basketball.

Bloomington native and “Hoosiers” screenwriter Angelo Pizzo remembers watching McGinnis during his lone season of Indiana University basketball, with McGinnis on his way to leading the Big Ten by averaging 29.9 points (still a Hoosier single-season record) and 14.7 rebounds per game.

“It sounds cliché, now, but I think maybe the first time I ever heard the expression ‘man among boys’ was watching George McGinnis play at IU,” Pizzo said. “It was the only way to accurately contextualize what we were watching.

“George looked out of place, like he belonged to a different level. It was like watching a high school guy play youth basketball. He seemed to be able to do whatever he wanted, whenever he wanted, on the court.

Retired since 1982 after a full-circle homecoming with the Indiana Pacers, already on the ballot long enough that he had passed through two election committees and was now relocated to a third, McGinnis said he didn’t even realize he was still under consideration.

He was. Doleva called to talk to McGinnis about McGinnis of all things, for a congratulatory conversation to inform the former Pacer, 76er and Nugget that he was the latest in a long line of players and coaches with deep Indianapolis ties to reach Springfield, Mass. McGinnis, recalling the moment some five months later, said he nearly fainted and had to walk outside the building of the supply company he owns to catch his breath.

So many emotions rushed at him — the 11 seasons as a pro plus one starring campaign at Indiana University, the family and friends who had supported him — that McGinnis didn’t have the chance to contemplate that he could also hold a special distinction in basketball history: He could be the final ABA representative enshrined. He could be the end of an era.

Before LeBron James set the bar even higher for power forwards, McGinnis broke the mold. He could take over a game with his scoring, with his rebounding or with his ability to draw two or three defenders, leaving teammates wide open. He handled the ball like a guard, with his enormous hands that palmed the basketball like it was a grapefruit.

No great player, before or since, has ever shot the ball quite like McGinnis. He released it with one hand, sometimes hesitating in midair and shooting on the way down. No coach worth his salt would ever teach someone to shoot the ball like McGinnis. He does not argue.

“Coaches have told me that my shot was the worst-looking they’d ever seen,” McGinnis said, laughing again. “But I just felt comfortable shooting that way. I didn’t feel good with my left hand touching the ball. I would touch it going up, but before I shot it, I had to let it go. It was not a thing of beauty, that’s for darn sure. But I made it work.”