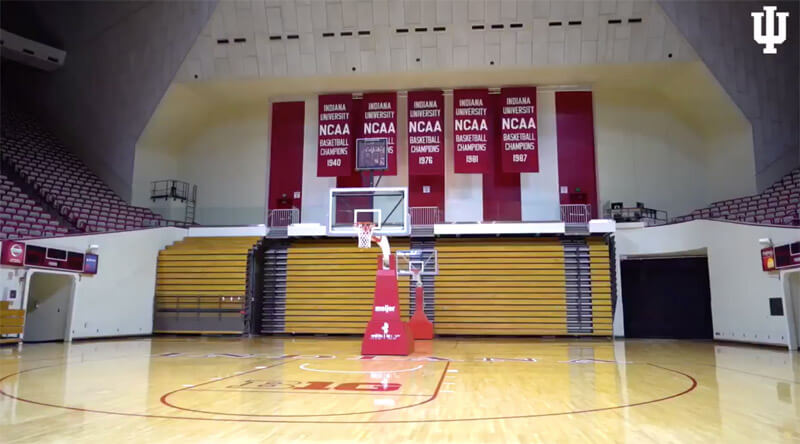 For the 2017-2018 season, the program will usher in the Archie Miller era. On Thursday, IU basketball’s official Twitter account showed off a recently refinished Branch McCracken Court.

Look at that shine ?

The court, which was originally installed in 1995, was recently stripped down to its original finish by the Cincinnati Floor Company.

Three new coats of finish were applied to the floor and it was repainted. The process typically takes place every seven to eight years.

When the floor was originally installed in 1995, the floor was calibrated with laser technology. It’s a perfectly flat surface with narrow boards and no dead spots, according to Gray.

The refinishing and repainting of the floor will not change IU’s policy of allowing fans onto the floor at Simon Skjodt Assembly Hall following games.

Hoosier Hysteria, the program’s first official event of the season, will take place on Saturday, Oct. 21. Indiana will open the 2017-2018 regular season on Friday, Nov. 10 at Simon Skjodt Assembly Hall.