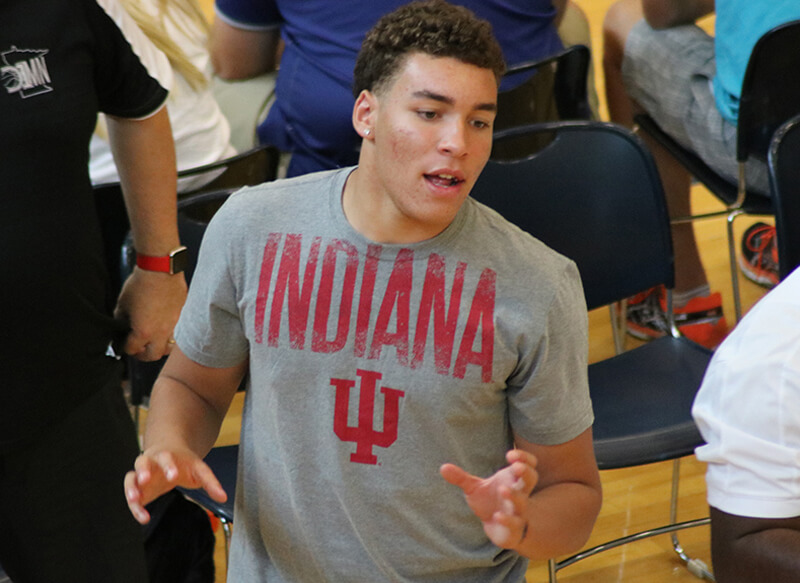 On Wednesday evening, Indiana released Miller’s first public comments on Thompson, who will redshirt next season.

“We are really excited to have Race join us this fall,” Miller said in the release. “It took a tremendous amount of trust from he and his family to graduate and allow our staff to get to work with him for this year as he gets acclimated to college life.

“He will thrive as he trains and gets ahead of the curve a year from now and be ready to contribute. Race is a great fit for Bloomington, IU and Hoosier basketball.”

Thompson, who averaged 19.6 points and 8.9 rebounds per game last season at Robbinsdale Armstrong, will wear No. 25 for the Hoosiers.

Lasko, a 6-foot-2, 171 pound guard from Hollywood (Fla.), averaged 25.6 points per game as a senior at Katz Yeshiva High School. According to University Press, Lasko had a scholarship offer from Florida Atlantic.

The complete roster for the 2017-18 season is available here.

IU also announced the addition of Drew Gladstone as a graduate manager.

Here’s the full bio on Gladstone from the IU release:

The Greenwich, Conn., native will pursue a master’s degree in Educational Leadership.

He comes to IU after spending the last three years as Head Boys Varsity Coach at St. Luke’s School in New Canaan, Conn., from 2014-2017. While at SLS, led team to a 64-12 record, two Fairchester League Championships, two New England Class C Championships and was also named New England Class C Coach of the Year twice. He spent the 2011-12 season as a special assistant at Manhattan College and was part of a program that earned its first post season appearance in six years (CIT). He also Co-Founded High Rise Basketball in 2011, a player development program that runs camps, clinics, training programs, etc. based in Fairfield County, Conn.

He graduated in 2009 from DePaul where he played for Jerry Wainwright before his career ended due to a knee injury. He also played at Cardozo High School in Queens, NY for legendary NYC coach, Ron Naclerio.