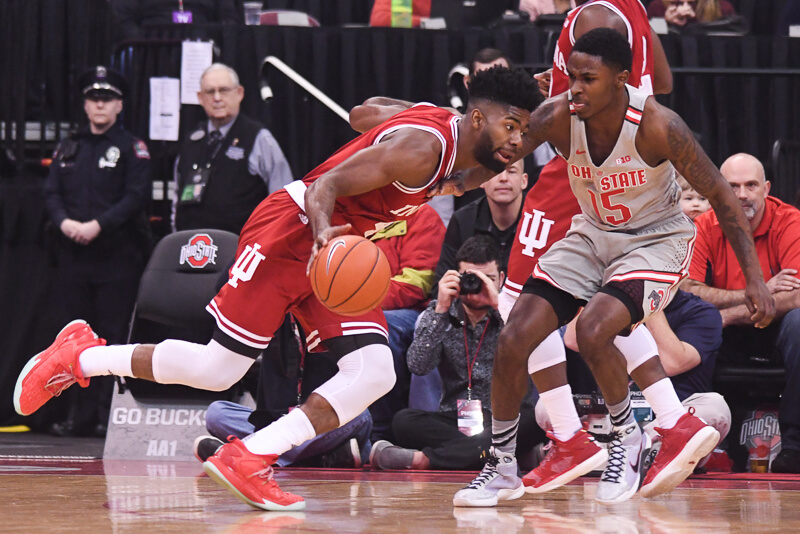 The Big Ten announced conference opponents for the 2017-18 season earlier today and Indiana’s Big Ten schedule will be as follows:

Dates, times and television designations will be announced as we get closer to the season.

BLOOMINGTON, Indiana—The Big Ten Conference announced it’s 18 game league schedule for each of the 14 institutions for the 2017-18 season.  Each team will have four one-play opponents at home, four on the road and five matchups featuring home and away games.  Dates, times and television designations will be announced at a later date.

Indiana will face Illinois, Iowa, Michigan State, Minnesota and Ohio State in Assembly Hall and away from home this season.  The Hoosiers will play road games at Michigan, Nebraska, Rutgers and Wisconsin.  IU will welcome Maryland, Northwestern, Penn State and Purdue to Assembly Hall.

This could be the last season that IU and Purdue will meet only once in the regular season as the league discussed in May to look into protecting rivalries such as IU/Purdue, Michigan/Michigan State and Northwestern/Illinois from playing just once in the regular season.  In football, IU and Purdue meet every year despite playing in different divisions.

Each conference game will be shown by the Big Ten’s Television partners The Big Ten Network, Fox, ESPN and CBS.