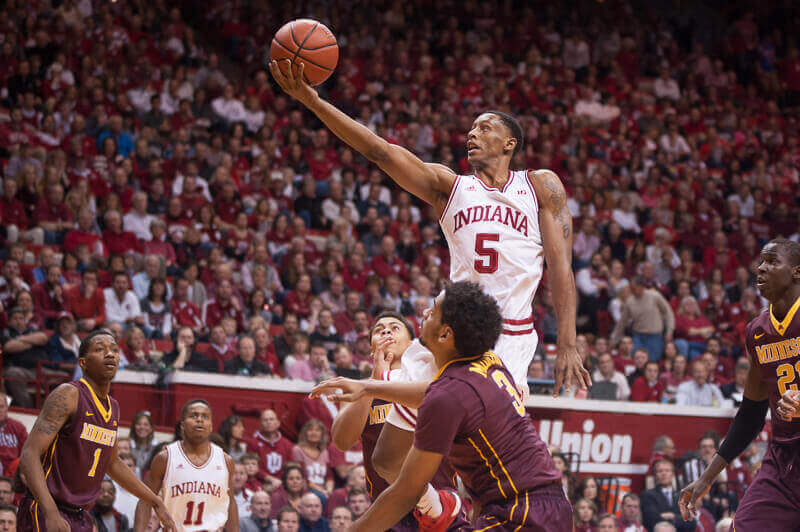 After a breakout performance in the NBA Summer League, the Houston Rockets have decided to lock up Troy Williams.

The multi-year contract was first announced by Andy Miller’s ASM Sports, which represents Williams. Adrian Wojnarowski of ESPN.com provided some additional details on the agreement:

Sources: Troy Williams has agreed to a 3-year deal with Rockets, including a guaranteed first year and trigger dates for second and third.

Williams was one of the stars of the Vegas Summer League as he averaged 22 points and shot nearly eight free throws per game for the Rockets.

As a rookie, Williams averaged 6.2 points and 2.3 rebounds per game over 30 games with Memphis and Houston.

The 6-foot-7 forward, a native of Hampton (Va.) went undrafted in the 2016 NBA draft. In 99 career games at IU, Williams averaged 11.3 points and 5.9 rebounds and was a member of IU’s 2016 Big Ten regular season championship team.