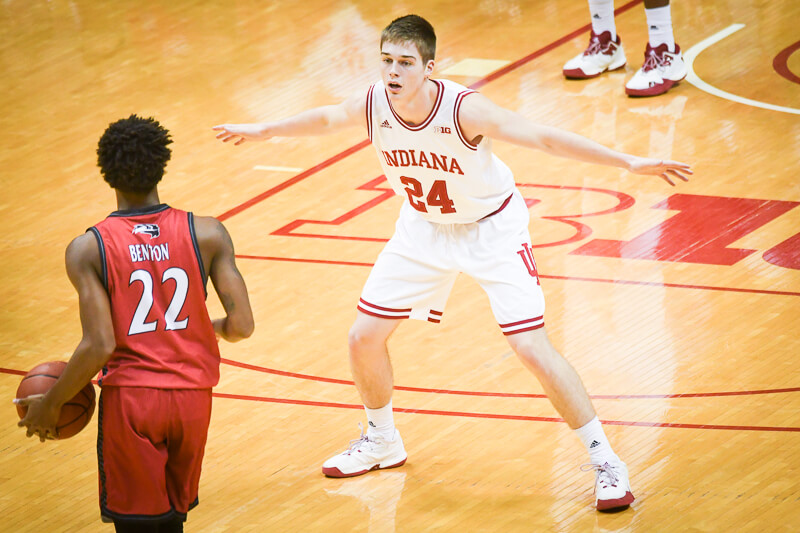 Indiana freshman guard Grant Gelon has been granted his release from Indiana and intends to explore his transfer options, Inside the Hall has confirmed.

Jeff Rabjohns of Peegs.com was the first to report the news early Wednesday morning.

Gelon, who played in just 12 games last season for IU, averaged 1.8 points and shot 60 percent on 3-pointers in 3.2 minutes per game.

The 6-foot-5 guard, who played at Crown Point, was an Indiana All-Star and was the first class of 2016 commitment for Tom Crean.

But Gelon never saw the floor consistently as a freshman and of his 12 appearances last season, eight of them came against low-major competition.

Indiana has not commented on the status of Gelon.

If he does complete a transfer to another institution, it would bring Indiana’s roster to 12 scholarship players for next season.