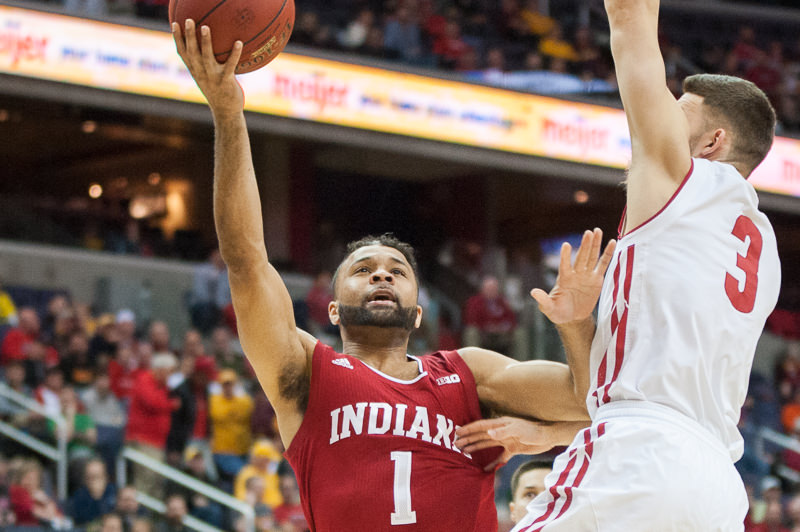 Indiana junior guard James Blackmon Jr. has confirmed Jon Rothstein’s report from Sunday that he will sign with an agent and remain in the NBA draft.

I would like to thank my family for being there through all of the ups and the downs. I would like to thank my teammates, who have became brothers to me, for pushing me everyday. I would like to thank the fans and everyone who has supported me throughout my career at Indiana University. I would like to thank God for allowing me to play a game I love. With that being said, after much reflection and discussion with my family, I have decided to remain in the 2017 NBA Draft and sign with an agent. After graduating Indiana in three years, I am thrilled to take the next step in my basketball career and pursue a lifelong dream. The past three years have been an amazing ride. Through blood, sweat, and tears, putting on that Indiana Jersey every game and playing in front of die hard Indiana fans was an honor and privilege.The past three years have brought memories and relationships I will never forget. Bloomington will always have a special place in my heart. Thank you Hoosier Nation! #newbeginnings -JBJ

With Blackmon’s decision, Indiana is now at 13 scholarship players for the 2017-18 season.