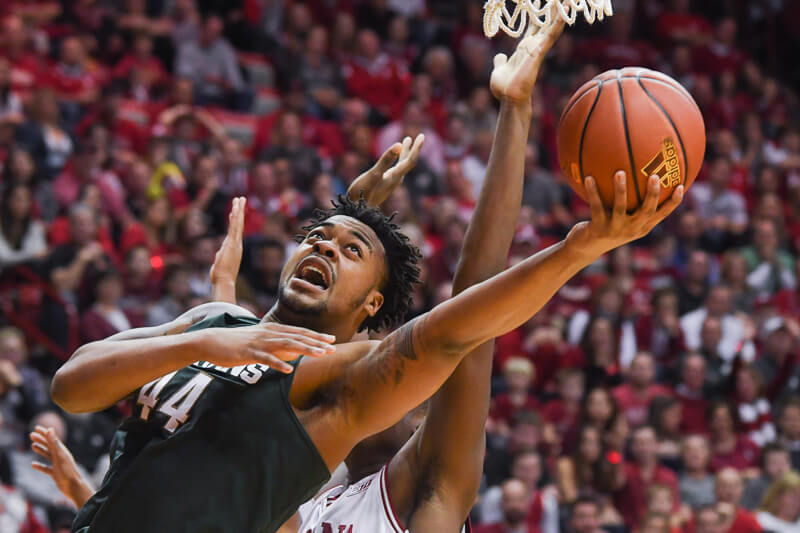 With the spring signing period underway and a few key NBA draft decisions out of the way (and several still to come in late May with the later deadline to withdraw), it’s time for our first look at who’s coming and going in the Big Ten for the 2017-2018 season.

Notes: The Illini will have new leadership on the sidelines as Brad Underwood takes over for John Groce and will also have to overcome the loss of their best player in Malcolm Hill.

Notes: Tom Crean is out after nine seasons at the helm, but Archie Miller has hit the ground running in Bloomington. Miller retained IU’s three-man recruiting class.

Notes: The Hawkeyes return a strong list of underclassmen, but will have to replace the scoring of an all-conference performer in Jok. That won’t be easy.

Notes: Trimble is staying in the draft, which is a notable loss, but the Terps are still waiting on a final decision from Jackson. If he returns to College Park, Maryland should again finish in the top half of the league.

Notes: The Wolverines are still a bit in limbo as they await final draft decisions for Wagner and Wilson. If both return, Michigan could finish near the top half of the league. If they lose both, look for the Wolverines to take a step back.

Notes: Michigan State is the favorite next season in the Big Ten because of depth and the decision of Bridges to return for his sophomore season. The frontcourt in East Lansing will be downright scary.

Notes: Minnesota should be an NCAA tournament team once again with a solid nucleus of returnees led by Mason, Coffey, Murphy and Lynch.

Notes: The Huskers lost their leading scorer in Webster and three key pieces to transfer, but there’s still some talent on the roster. It could be a make or break season for Tim Miles in Lincoln.

Notes: Northwestern has a chance to improve upon last season’s NCAA tournament bid because it returns most of its key pieces, including McIntosh, Lindsey, Law and Pardon.

· Declared for NBA draft: Trevor Thompson (signed with an agent)

Notes: After missing the NCAA tournament for a second straight season and losing to Rutgers in the Big Ten tournament, things have to get better in Columbus, right?

Notes: Penn State is a program on the rise as its talent level continues to increase, but the Nittany Lions need to make a postseason tournament next season to justify keeping Pat Chambers around.

Notes: The defending Big Ten champions are likely to lose Swanigan, but should return enough to once again be in the hunt and reach the NCAA tournament.

Notes: Sanders is testing the NBA draft waters, but is likely to return to school. Rutgers was more competitive last season, but they’ve still got a ways to go to climb out of the league cellar.

Notes: The Badgers will look much different next winter as Hayes, Koenig, Showalter and Brown all graduated. Still, Greg Gard has proven that he’ll keep Wisconsin relevant nationally in the post-Bo Ryan era.