Robert Johnson declares for NBA draft, will not hire agent 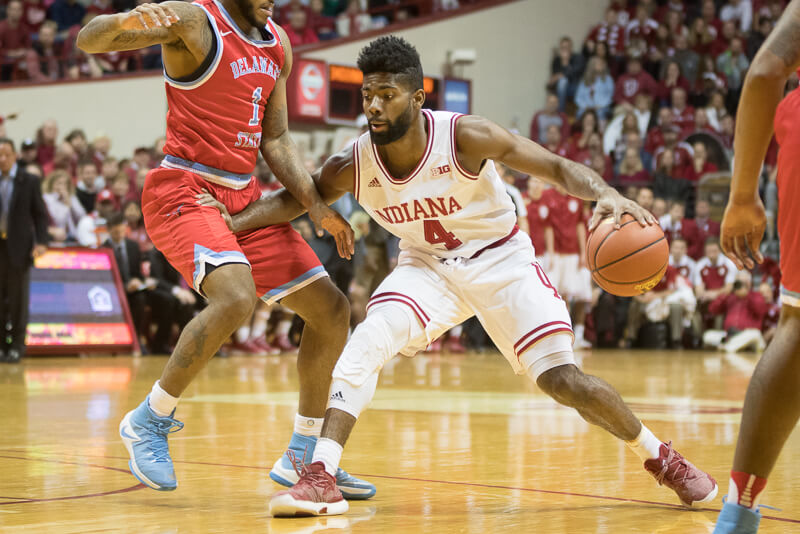 Indiana junior guard Robert Johnson will enter his name into the NBA draft, but will not hire an agent.

Entering the draft without hiring an agent will allow Johnson to have the opportunity to be invited to next month’s draft combine and also work out for NBA teams while retaining his eligibility for next season.

Johnson, who averaged 12.8 points per game for Indiana last season, is not listed on any mock drafts or draft rankings as of Tuesday evening.

Indiana sophomore OG Anunoby will reportedly enter the draft and hire an agent while Thomas Bryant and James Blackmon Jr. will test the draft waters without an agent.

The deadline to enter the draft is Sunday, April 23 and the deadline to withdraw is May 24. The NBA draft combine will be held May 9-14 in Chicago.