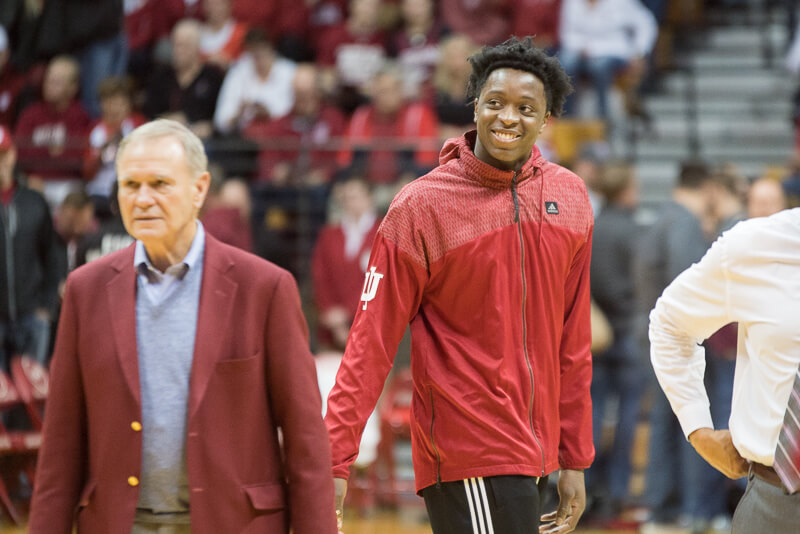 Indiana sophomore forward OG Anunoby, who missed the final 15 games of the season with a knee injury, is reportedly leaning towards entering the 2017 NBA draft.

Gary Parrish, a national basketball writer for CBSSports.com, reported late Wednesday afternoon that Anunoby is leaning towards entering the draft.

Anunoby was injured in Indiana’s 75-72 win at Penn State on Jan. 18, but details of his injuries were never made public. He underwent season-ending knee surgery on Jan. 31.

Anunoby is still widely considered a first round pick, despite the injury. Both Chad Ford of ESPN.com and Draft Express rank Anunoby as the No. 18 prospect overall in this year’s draft.