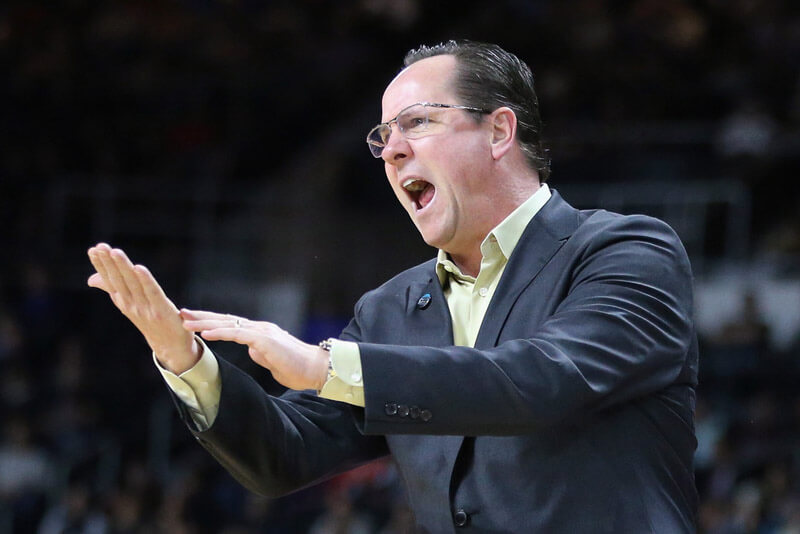 Inside the Hall will profile some of the candidates who are being discussed for the job over the coming days. Our eighth profile takes a closer look at Wichita State coach Gregg Marshall.

Marshall’s timeline begins in the south. Born in South Carolina in 1963, Marshall moved to Virginia to attend college at Randolph-Macon, where he was a guard from 1981-85.

Marshall spent the next two years earning his master’s degree in sport management at the University of Richmond, while at the same time holding an assistant coaching position at Randolph-Macon (the two schools are about a 25-minute commute apart).

Over the following decade, Marshall spent time as an assistant coach at three more colleges, with his last stop coming at Marshall from 1996-98.

Winthrop provided Marshall with his first big break in 1998, giving him the chance to coach back in his home state.

Inheriting a team that had never made the NCAA Tournament and hadn’t finished a season with a winning record since 1989-90, Marshall quickly turned the program around.

In nine years at Winthrop, Marshall became the winningest coach in program history (194-83 record overall, 104-24 in conference). He brought the Eagles to seven NCAA Tournaments (all a result of Big South Tournament titles) and earned Big South coach of the year honors four times.

The 2006-07 season, Marshall’s final campaign at Winthrop, was the most successful in the history of the program. The Eagles went undefeated in the Big South (14-0 regular season, 3-0 postseason), before shocking No. 6 seed Notre Dame in the NCAA tournament. It was the first win by a member of the Big South in the NCAA Tournament, and provided Marshall a platform to showcase his coaching abilities.

From there, Marshall accepted the head coaching position at Wichita State prior to the 2007-08 season, replacing Mark Turgeon, who had moved onto Texas A&M.

Ten years since taking the job in Wichita, Marshall is now a household name in college basketball. The Shockers have made the NCAA Tournament each of the past six seasons, including a Final Four appearance in 2013.

In 2013-14, Marshall earned AP Coach of the Year honors as Shockers finished the regular season undefeated and earned a No. 1 seed in the NCAA Tournament before being upset by No. 8 Kentucky in the round of 32.

In 2014-15, the Shockers earned a No. 7 seed in the NCAA Tournament and defeated No. 10 Indiana in the opening round, 81-76. After the game, Marshall said he considered Indiana a ‘blue-blood’ program. Troy Williams compared the Shockers’ physicality with Michigan State.

Marshall’s teams have been balanced on both ends of the floor – in two of the last three years, the Shockers have finished in the Top 20 in the country in both offensive and defensive efficiency (per KenPom).

Even with the enormous success he’s experienced, Marshall has often complained about a lack of respect for mid-major schools. Power Five teams don’t want to schedule the Shockers in non-conference play, which he believes results in the selection committee punishing his team for poor strength of schedule.

Final Analysis: Perhaps the most successful coach still at a mid-major program, Marshall has been rumored to make the jump to a power conference for years.

But he’s built a strong foundation at Wichita State and has yet to show a desire to leave, despite the disadvantages of being at a mid-major program.