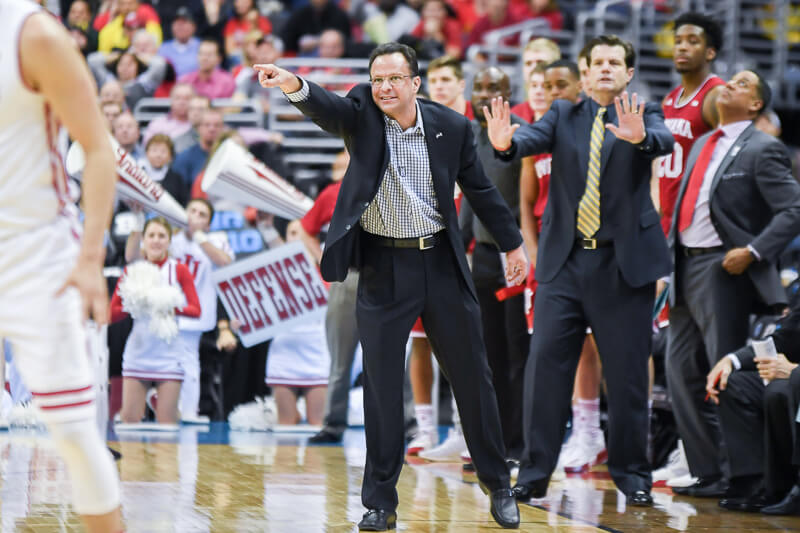 Crean, who took over in Bloomington in April of 2008 with the program under NCAA sanctions, was 166-135 in nine seasons.

“After deliberative thought and evaluation, including multiple meetings with Tom about the future, I have decided to make a change in the leadership of our men’s basketball program,” Glass said. “Tom Crean brought us through one of the most challenging periods in IU basketball history, led his players to many successes in the classroom and on the court and represented our university with class and integrity. While winning two outright Big Ten titles in five years and being named Big Ten Coach of the Year, Tom worked tirelessly to develop great young men and successful teams. However, ultimately, we seek more consistent, high levels of success, and we will not shy away from our expectations. Tom is a good man and a good coach and we owe him a great debt of gratitude for his many positive contributions to Indiana basketball. We wish him well.

“The national search for our new coach begins immediately. The Board of Trustees and the President have expressly delegated to me the responsibility and authority for this search and hire. While I will not be establishing a formal search committee or advisory committee, I will consult with basketball experts from around the country and throughout the State of Indiana, including many former Indiana University basketball players. The expectations for Indiana University basketball are to perennially contend for and win multiple Big Ten championships, regularly go deep in the NCAA tournament, and win our next national championship—and more after that. We will identify and recruit a coach who will meet these expectations.”

Crean began the 2015-2016 season on several hot seat lists, but won the outright Big Ten regular season championship and beat Kentucky in the second round of the NCAA tournament.

The Hoosiers started the 2016-2017 as one of the nation’s top teams and beat Kansas 103-99 in overtime in the Armed Forces Classic to begin the regular season. Indiana also beat North Carolina in November, but the season quickly went downhill from there.

Sophomore forward OG Anunoby was injured in a 78-75 win at Penn State on Jan. 18. Indiana went on to finish with just a 7-11 record in the Big Ten and lost to Wisconsin, 70-60, in the quarterfinals of the Big Ten tournament. The Hoosiers missed the NCAA tournament in Crean’s ninth season, the second tournament miss in his last four seasons.

Indiana’s season ended in the NIT with a 75-63 loss to Georgia Tech on the road on Tuesday night, a game the Hoosiers should have played at Simon Skjodt Assembly Hall, but decided not to.

Ultimately Crean’s downfall at Indiana was largely tied to his inability to maintain consistent success. After winning just 28 games over his first three seasons, Indiana emerged back onto the national scene in 2011-2012 with the arrival of Cody Zeller.

The Hoosiers beat No. 1 Kentucky on Dec. 10, 2011 in Bloomington and entered the national rankings for the first time under Crean. Indiana finished that season 27-9 and lost to eventual national champion Kentucky in the Sweet Sixteen in Atlanta.

The following season, Zeller opted to return for his sophomore season and the Hoosiers began the season as a popular pick to win the national title. Indiana was ranked No. 1 in the Associated Press top 25 for nine weeks and won the Big Ten regular season title outright with a thrilling 72-71 win at Michigan on March 10, 2013.

Indiana entered the 2013 NCAA tournament as a No. 1 seed, but again fell in the Sweet Sixteen for a second straight season. The Hoosiers couldn’t solve Syracuse’s 2-3 zone and lost 61-50 to the Orange at the Verizon Center in Washington, D.C.

The offseason brought change as Indiana graduated Christian Watford, Derek Elston and Jordan Hulls and lost Zeller and Victor Oladipo as early entrants to the NBA. The arrival of a talented recruiting class – including five-star recruit Noah Vonleh – kept Indiana in the national conversation and ranked in preseason polls.

But the pieces never fit together and the Hoosiers missed the tournament, finishing 17-15. Indiana returned to the NCAA tournament in 2014-2015 after finishing just 9-9 in the Big Ten, but fell to Wichita State at the CenturyLink Center in Omaha, Nebraska.

Over Crean’s last six seasons in Bloomington, he finished with a 67-51 record in Big Ten games, including the conference tournament.

Indiana will begin a national search for the 29th coach in program history.