What to Expect: Georgia Tech 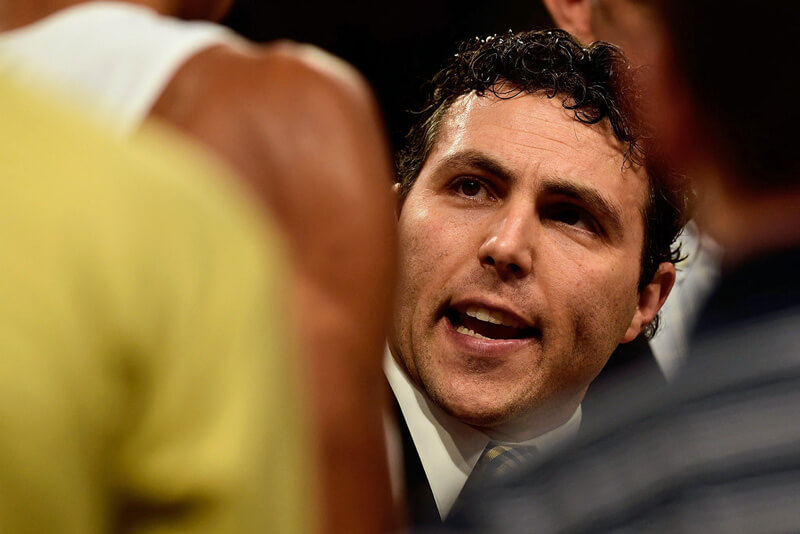 Indiana is headed for the National Invitation Tournament. The 18-15 Hoosiers will travel to Atlanta to face Georgia Tech on Tuesday night at Hank McCamish Pavilion.

The Yellow Jackets, the No. 6 seed in the Syracuse quadrant, are 17-15 overall and 14-4 at home. The game will be broadcast at 9 p.m. ET on ESPN with Mike Morgan and Paul Biancardi on the call:

Indiana’s 2016-17 season, which began with great promise, is now destined for a secondary postseason tournament. The Hoosiers weren’t among the 68 teams selected for the 2017 NCAA tournament and accepted a bit to the NIT as a No. 3 seed.

Normally, the higher seeded team hosts in the NIT until the semifinals rounds, which are played in New York at Madison Square Garden. But the Hoosiers are the only higher seeded team without an arena conflict not hosting their first round game.

The official word from Indiana is that the decision not to host was made because students are out of town for spring break and students make up a significant portion of ticket holders. Indiana also said it would host any subsequent games in which it is the higher seed that are played on March 20 or later.

While the absence of students might be a part of it, declining enthusiasm and fanbase anger about the state of the program can’t be dismissed as serious considerations for the decision, either. The last time Indiana hosted an NIT game, just over 5,000 fans showed up.

Whatever the reason for Indiana’s decision to decline hosting, the games must go on. Indiana, once ranked in the top 3 of the Associated Press top 25 poll with wins over two No. 1 seeds in the NCAA tournament, is an NIT team.

Georgia Tech was projected to be one of the worst teams in the loaded Atlantic Coast Conference. The Yellow Jackets exceeded expectations this season and finished 8-10 in the league with a 7-2 record in conference games at McCamish Pavilion. Among the home victories for the Yellow Jackets: North Carolina, Notre Dame and Florida State.

The frontcourt anchor is 6-foot-10 junior Ben Lammers, the ACC defensive player of the year and a second team All-ACC selection. Lammers is second on the team in scoring at at 14.3 points per game, leads the team in rebounding at 9.3 per game and plays a team-high 35.2 minutes per game.

Lammers commits just 2.6 fouls per 40 minutes and has the 27th best block percentage in the country. Lammers is also a reliable free throw shooter as he knocked down 76.2 percent from the stripe in conference play.

Quinton Stephens, a 6-foot-9 senior, joins Lammers on the front line. Stephens is fourth on the team in scoring at 9.9 points per game and second in rebounding at 7.6 per game. He finished the season as the ACC’s ninth best defensive rebounder. Stephens also hit 47 3-pointers this season, but shot just 30.7 percent.

ACC all-freshman guard Josh Okogie looks like a building block for Pastner. The 6-foot-4 Okogie leads Tech in scoring at 15.5 points per game. Okogie was third in the ACC in free throw rate (FTA/FGA) at 58.3 percent and knocked down 74 percent from the line in league play.

Joining Okogie on the perimeter are 6-foot-2 senior Josh Heath and 6-foot-2 junior Tadric Jackson. Heath was fifth in the league in assist rate in conference play, but is also very turnover prone. He is, however, a solid finisher (54.4 percent on 2s). Jackson is Tech’s third leading scorer at 11.8 points per game and is a high usage, low efficiency offensive player. Jackson made just 26.2 percent of his 3s and 55.8 percent of his free throws in ACC games.

The name to know off of the bench is 6-foot-4 freshman Justin Moore. He averages 4.4 points in 20.4 minutes per game.

The impressive numbers on Tech’s ledger include the nation’s seventh best defense at .91 points per possession allowed and a top 40 opponent free throw rate number. The Yellow Jackets had the best 2-point field goal percentage defensive in ACC games and also the top block percentage. Quality looks could be difficult for Indiana to come by.

Both teams are turnover prone, but the Hoosiers should have an advantage on the offensive glass if they’re aggressive. Georgia Tech was just seventh in defensive rebounding percentage in the ACC.

The NIT is all about a team’s mindset. It’s not a desired destination for any team and winning the event means relatively nothing nationally. Which team will have come out with the mindset of doing whatever necessary to keep its season alive?

The Vegas line currently favors Indiana by 4.5, but Pomeroy likes the Hoosiers by just one. Sagarin favors Georgia Tech by roughly four once adjusted for home court.

When Indiana beat Kansas and North Carolina in November, this isn’t the outcome that anyone expected come March. But less than four months removed from that win over the Tar Heels, an NIT road game is IU’s reality.