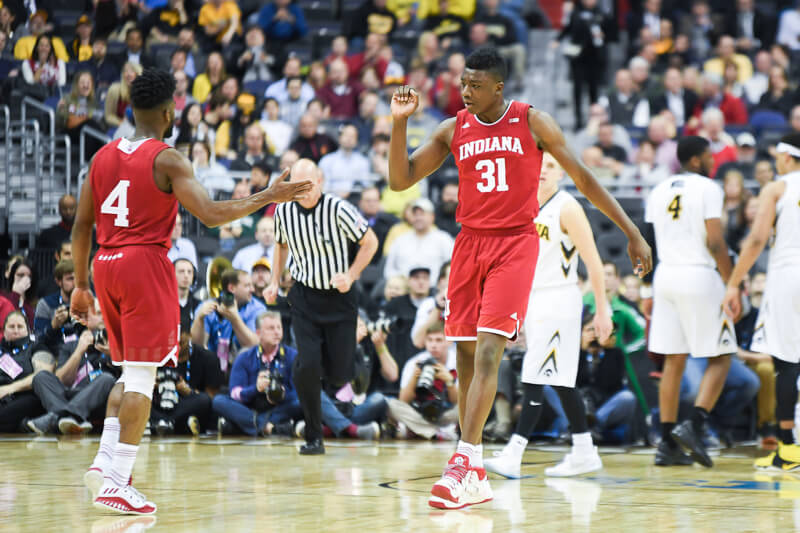 How it happened: Iowa kept things close for a half. And then Indiana ran the Hawkeyes out of the Verizon Center. After a Jordan Bohannon free throw drew Iowa to within three at 55-52 with 14:38 to play, the barrage began. De’Ron Davis layup. James Blackmon Jr. 3-pointer. Devonte Green jumper. Another Blackmon Jr. 3-pointer. Thomas Bryant dunk. The 12-0 spurt gave Indiana a comfortable 67-52 lead. After Fran McCaffery was called for a technical with 5:02 to play and Blackmon Jr. hit a pair of free throws, Indiana’s lead was 27. The Hoosiers finished with 1.25 points per possession with an effective field goal percentage of 70.7. Indiana has now won three of four and Thursday’s victory sets up a Friday quarterfinal matchup with Wisconsin.

Statistics that stands out: After being outscored 39 to 16 at the free throw line in Iowa City, Indiana won the free throw battle on Thursday night. The Hoosiers were 13-of-19 from the line and Iowa was just 6-of-10. Indiana also won the points off of turnovers battle, 22-18. In Iowa City, it was a 25-18 advantage for the Hawkeyes.