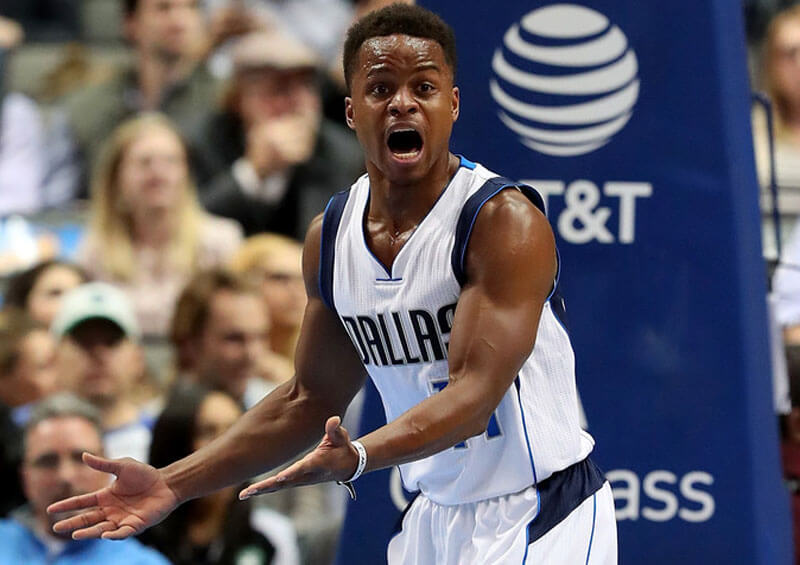 Former IU guard Yogi Ferrell, signed by Dallas out of the Development League in late January, was named the Kia Western Conference NBA rookie of the month for February on Tuesday.

Ferrell originally signed a 10-day contract with the Mavericks on Jan. 28, but agreed to a two-year deal on February 7.

.@YogiFerrell11 has been named Western Conference Rookie of the Month for February! Congrats Yogi! https://t.co/Rc4zxJwffI pic.twitter.com/KkkzSbqqL0

Ferrell scored a career-high 32 points in a 108-104 win at Portland on Feb. 3. He hit nine 3-pointers in the game, joining Stephen Curry, James Harden and Isaiah Thomas as one of four players to make nine 3-pointers in an NBA contest this season.

After going undrafted in the 2016 NBA draft, Ferrell appeared in 10 games to begin the season with Brooklyn before being sent to the Long Island Nets in the D-League.

Ferrell won two outright Big Ten titles in four seasons at Indiana and left Bloomington as the program’s all-time assist leader and No. 6 on the all-time scoring list.