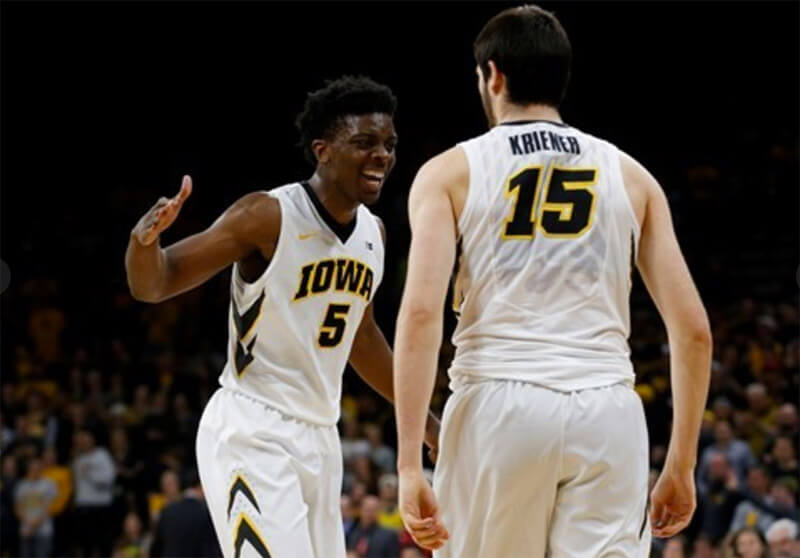 IOWA CITY, Iowa – In a game it led nearly throughout, Indiana couldn’t come up with a play when it mattered the most down the stretch on Tuesday night. As a result, the Hoosiers dropped their fifth straight game, falling 96-90 in overtime to Iowa at Carver-Hawkeye Arena.

· Indiana has the second worst opponent free throw rate of any power five conference team: Indiana has had trouble keeping opponents off the free throw line all season, but the issue reached new heights on Tuesday night.

Postgame, Tom Crean didn’t want to discuss the officiating, but it’s clear Indiana’s inability to keep opponents off the line has played a significant factor in Indiana’s collapse. In 10 Big Ten losses, Indiana has been outscored by 76 points at the free throw line.

· The turnover problem continues: As Indiana built a 17-4 lead in Carver-Hawkeye Arena, Iowa looked like the rattled team. The Hawkeyes were turning it over and Indiana was capitalizing early on.

But as the contest moved along, a familiar script returned: Indiana couldn’t take care of the ball. The Hoosiers turned it over 22 times for a turnover percentage of 26.6. It was Indiana’s second worst turnover game from a percentage standpoint in conference play. It’s late February and Indiana’s turnover problem isn’t going away.

The 22 turnovers turned into 25 points for Iowa. In Big Ten losses, Indiana is being outscored by 94 in points off of turnovers. That’s a number too high to overcome, particularly in close games.

· No answer for Peter Jok: Iowa senior guard Peter Jok was benched, along with the rest of the Hawkeye starting lineup, just over two minutes into the game as Indiana sprinted out to a 9-0 lead.

“He was really good, he was really strong,” Iowa coach Fran McCaffery said. “He mixed it up. He posted a little bit. He came up top. He was on the wing. He gave it up a few times. He was really, really special tonight.”

It also all but guaranteed that the Hoosiers won’t receive an at-large bid to the NCAA tournament for the second time in four seasons. Indiana’s chances to make the tournament now rest on winning the Big Ten tournament next month in Washington, D.C.

As a likely bottom four seed in the conference tournament, Indiana is likely to play on Wednesday of the event for the first time since the conference expanded to 14 teams.

· Indiana appears to be out of answers: The Hoosiers are now in a downward spiral and with seven losses in its last eight games, this season is beginning to look like Crean’s first three years in Bloomington when the team couldn’t win down the stretch.

The frustration on the face of Crean and the IU players in the postgame was evident. The same topics are coming after each game – turnovers, defense and free throws attempts by the opponent. Right now, Indiana has no answer for any of its issues.