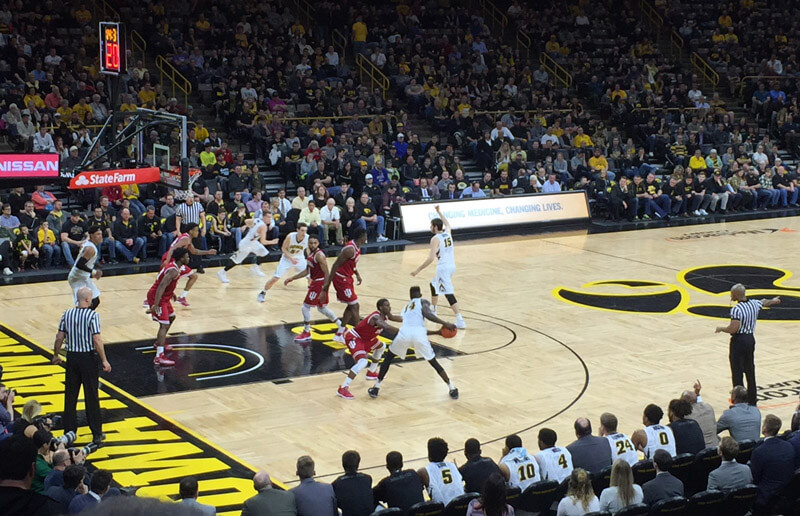 How it happened: Another close game, another opportunity missed for Indiana. The Hoosiers led this game by as many as 13 in the first half and the Hawkeyes didn’t lead until the 2:13 mark of the second half. But as has been the case several times this season, Indiana couldn’t get over the hump when it mattered most. After the Hoosiers got a key defensive stop in the final 20 seconds to force overtime, it was all Iowa in the extra five minutes. So what was the difference in this one? Another poor defensive effort as the Hoosiers allowed the Hawkeyes to score 1.16 points per possession. Turnovers. Indiana had 22 for a turnover percentage of 26.6. And a huge differential at the free throw line. It was Indiana’s fifth straight loss and eighth in its last nine games. The Hoosiers, now 5-10 in the Big Ten, are tied with Ohio State at 12th in the conference standings heading into the home finale on Saturday against Northwestern.

Standout performer: Robert Johnson, mired in a slump coming into Tuesday, had a bounce back effort. The junior guard finished with a team-high 19 points and also had seven assists and six rebounds before fouling out.