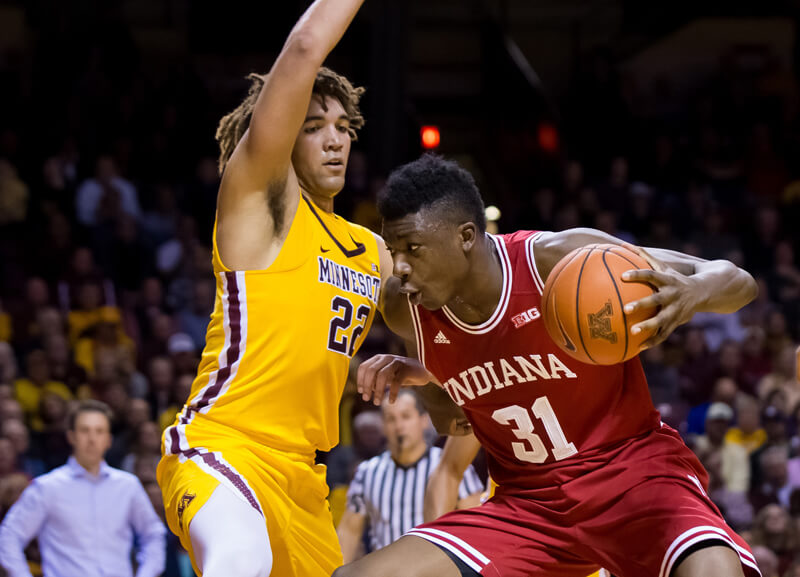 Quick thoughts on a 75-74 loss to Minnesota:

How it happened: This one was there for the taking for Indiana. After a rough start for Minnesota, the Hoosiers had chances to build a comfortable lead early and led by as many as 10 with 7:24 to play in the first half. The Gophers responded with a 21-7 run to close out the half and led by four at the break. It looked as if things would go in the wrong direction early in the second half as Minnesota built a nine-point lead at the 16:35 mark. But Indiana never caved and the Hoosiers mounted a run. Indiana led by as many as five in the final four minutes, but could never create more separation. The opportunistic Gophers struck late as Akeem Springs missed a desperation 3-pointer but grabbed the rebound and hit a layup to lift Minnesota to its seventh Big Ten win. The loss was Indiana’s fourth straight and ninth in league play.

Standout performer: De’Ron Davis finished with 10 points and five rebounds in just nine minutes before fouling out and James Blackmon Jr. had 22 points on 7-of-17 shooting. Blackmon Jr. also had six rebounds.

Statistic that stands out: Indiana was outscored by six at the free throw line and by four on points off of turnovers. Both areas have been issues all season for the Hoosiers and in a narrow loss, are once again worth a mention.