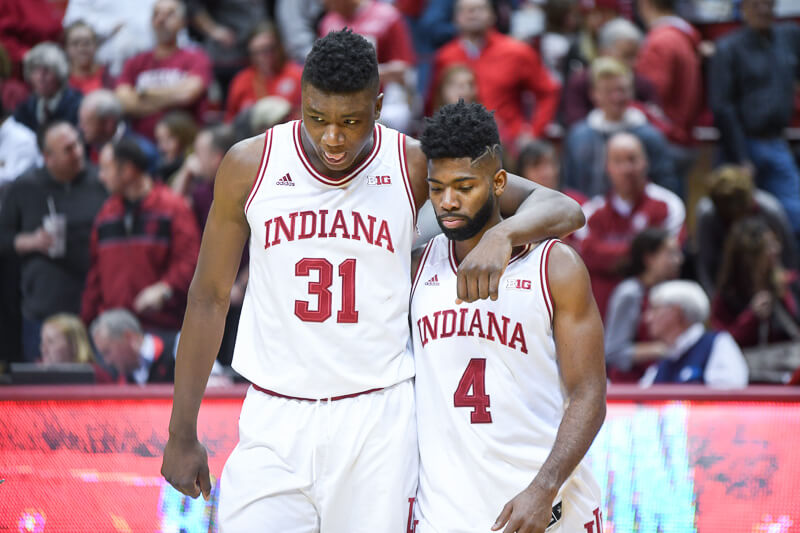 This week’s edition takes a look at the damage done by IU’s losses to Purdue and Michigan, IU’s current nitty gritty profile, bracket projections and much more.

At 15-11, Indiana is no longer projected to make the NCAA tournament. The Hoosiers have dropped five of their last six games. Complicating their path back to the right side of the bubble is a schedule that includes four of five on the road to close the regular season.

Indiana’s losses this past week – at home to Purdue and at home to Michigan – were two setbacks the Hoosiers simply could not afford.

The Hoosiers have just one game this week and it comes on Wednesday night in Minneapolis against a Minnesota team looking to solidify an NCAA tournament berth. The Gophers have won three in a row.

Here’s a little more from Andy:

It’s tough to believe that a team with wins over Kansas and North Carolina would miss the tournament, but that’s where the Hoosiers are right now. Sure, injuries have played a factor, but IU has just one win over a tournament caliber team since December 1, and a weak non-conference schedule has their RPI sitting in the 90s. The Hoosiers are just 8-11 against the Top 200, and this week’s trip to Minnesota starts a stretch where they play four of their final five games on the road.

The Big Ten is currently a seven bid league on the most recent Bracket Matrix with Wisconsin, Maryland, Purdue, Minnesota, Northwestern, Michigan State and Michigan in the field.

Michigan, with wins over Michigan State and Indiana last week, is back in many projections as of Monday.

As the season moves along, we’ll dig more into each team’s projections, but Bracket Matrix (updated Feb. 13) currently has Wisconsin and Purdue as No. 5 seeds, Maryland as a No. 6 seed, Northwestern and Minnesota as No. 7 seeds, Michigan State as a No. 10 seed and Michigan as a No. 11 seed.