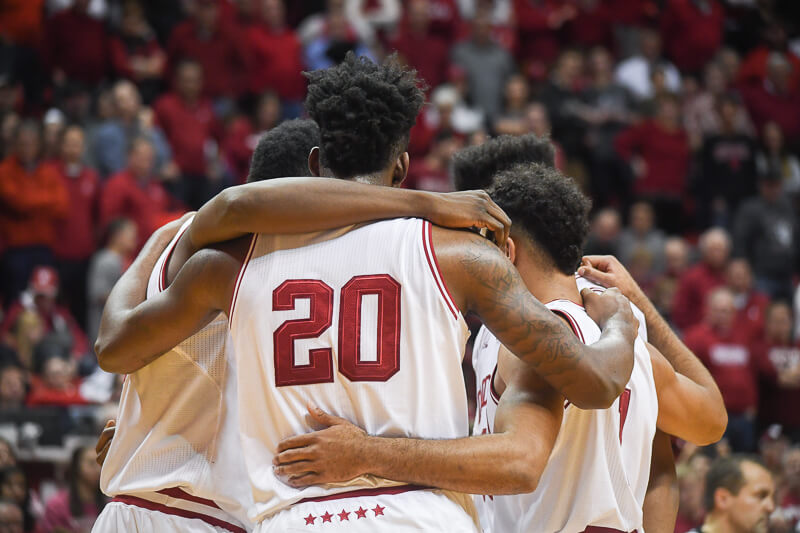 A week after the 2017 debut of “Tourney Watch,” Indiana’s chances to make the NCAA tournament have taken a substantial hit.

This week’s edition of Tourney Watch, which will be a weekly feature up until Selection Sunday on March 12, takes a look at what went wrong last week for the Hoosiers, IU’s current nitty gritty profile, bracket projections and much more.

At 14-8, Indiana’s record is beginning to take on quite a few blemishes. Last week’s blowout loss at Michigan combined with a 13-point loss at Northwestern ended IU’s positive momentum it had built in a 3-game winning streak.

The one bit of good news is that Indiana still has plenty of games to play that would provide a significant resume boost if they can stack some wins. But with injuries, turnovers and a suspect defense, it looks like a bumpy road lies ahead.

Indiana is still in the tournament in many projections, but some are beginning to drop the Hoosiers from the field. The Crashing the Dance model no longer includes Indiana. Several new brackets published Monday on Bracket Matrix have also removed the Hoosiers.

Crashing the Dance lists Illinois, Nebraska, Ohio State and Penn State as teams who could receive consideration, but none of those teams are serious threats to make the tournament at this time.

As the season moves along, we’ll dig more into each team’s projections, but Bracket Matrix (updated Jan. 30) currently has Wisconsin as a No. 4 seed, Maryland as a No. 5 seed, Purdue as No. 6 seed, Northwestern as a No. 7 seed, Minnesota as No. 8 seed, Michigan State as No. 10 seed and Michigan as a No. 11 seed.