At the Buzzer: Indiana 82, Michigan State 75 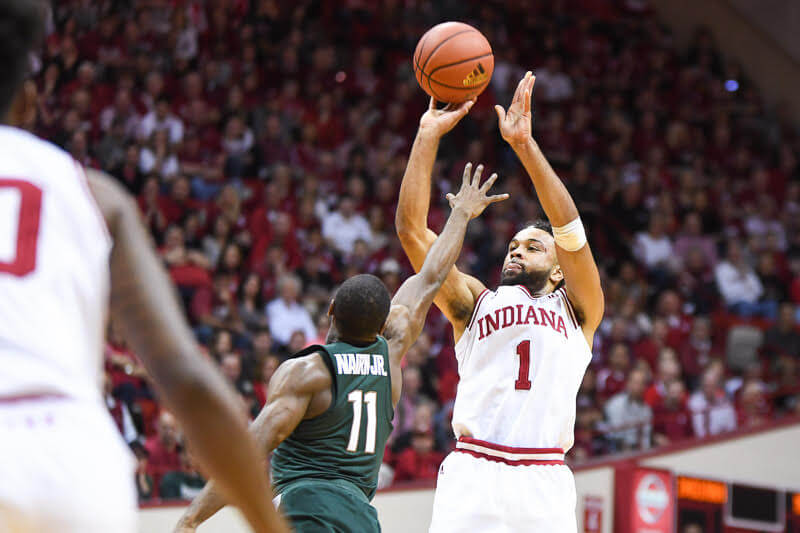 Quick thoughts on an 82-75 win over Michigan State:

How it happened: No OG Anunoby. No Juwan Morgan. No problem this afternoon for Indiana. The Hoosiers, who led by as many as 20 in the second half, controlled the contest from the opening tip. Michigan State made it interesting down the stretch and cut the lead all the way down to four with 5:03 remaining. But Indiana had an answer, as it did all afternoon. Indiana won this game on the strength of its offense and was able to build such a large lead because it played well defensively for the game’s first 25 minutes. Unlike last season’s team, which buried some teams at home in Big Ten play, this group didn’t play well for all 40 minutes. But in a game the Hoosiers desperately needed, the barrage of 3-pointers was enough to carry Indiana to the win.

Standout performance: James Blackmon Jr. was terrific from the opening tip as he finished with 33 points on 11-of-16 shooting. It was the highest scoring output ever for Blackmon Jr. in a Big Ten game and also matched a career-high.