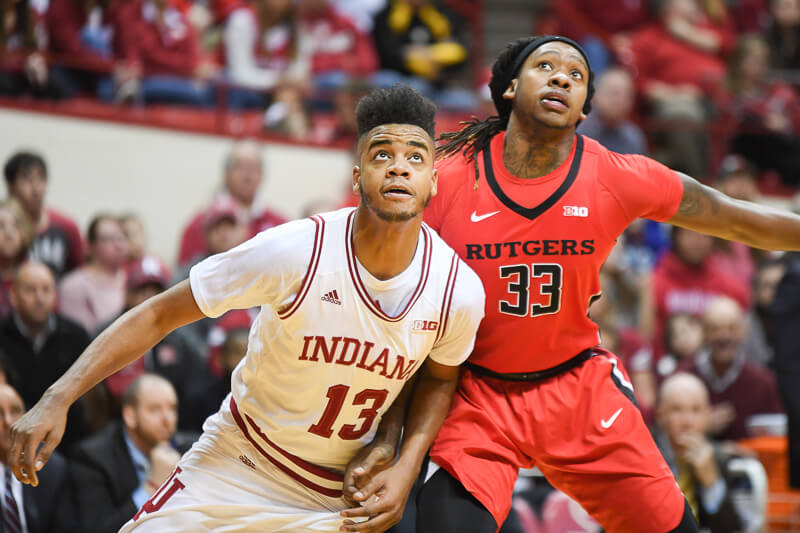 The status of Indiana sophomore forward Juwan Morgan, who injured his left foot in Sunday’s 76-57 win over Rutgers, remains up in the air for Wednesday’s game at Penn State.

Tom Crean said yesterday on his radio show that Morgan wouldn’t have been able to go if the Hoosiers had practiced on Monday.

On Tuesday afternoon prior to the team’s departure for State College, associate head coach Tim Buckley said he was unsure of Morgan’s availability for Wednesday night.

“I don’t have any sense yet,” Buckley told reporters. “It’ll probably be a game time decision.”

The 6-foot-8 Morgan has been banged up for much of his career in Bloomington. As a freshman, Morgan played through multiple shoulder injuries that required offseason surgery.

This season, he’s appeared in all 18 games, but has battled through multiple setbacks.

Morgan played just eight minutes in Indiana’s 97-62 win over Austin Peay on Dec. 22 because of an ankle injury suffered near the end of the first half. Six days later, he suffered a shoulder injury after being pulled to the floor by Nebraska’s Jordy Tshimanga in a game that Indiana lost 87-83 at Simon Skjodt Assembly Hall.

And most recently, Morgan collided with an official in Sunday’s win over Rutgers. He was checked out by trainer Tim Garl on the bench and briefly returned to the game before sitting at the end of the bench with ice on his left foot.

“There’s a lot of pain there,” Crean said Monday. I talked to Tim (Garl) a couple times. (Juwan is) certainly going through his rehab and we’ll just have to wait and see. There’s really no timeline on it right now.”