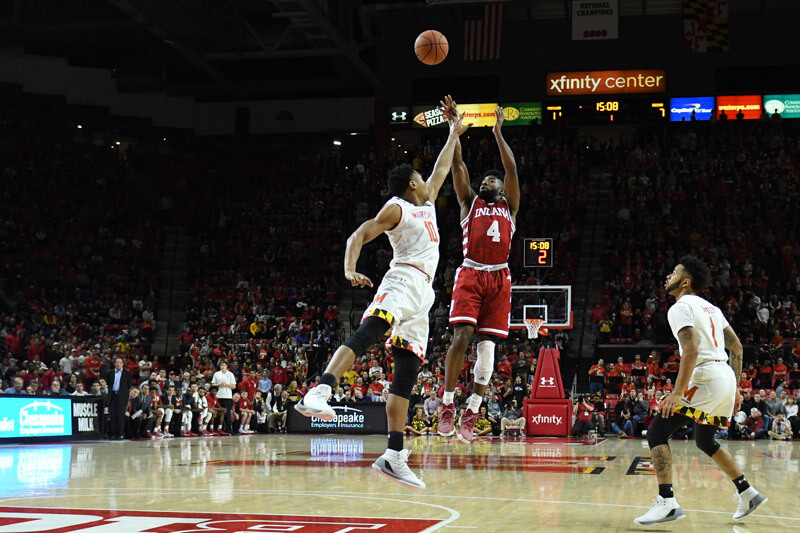 How it happened: The start wasn’t pretty for Indiana. With 8:45 remaining in the first half, the Hoosiers had turned it over seven times and trailed 21-14. Tom Crean took a timeout. From there, Indiana would turn it over just once the rest of the half and outscored Maryland 24-18 to draw within one at halftime. During the run, Curtis Jones gave Indiana life, hitting two 3-pointers.

The second half was a back and forth battle. James Blackmon Jr. hit several big shots, but with the game on the line, Indiana failed to deliver. Leading 70-68 with 2:02 on a pair of Juwan Morgan free throws, the Hoosiers left Kevin Huerter open for a 3 with 1:48 to play. And after OG Anunoby missed a wild shot in the lane, Anthony Cowan scored on a breakaway the other way to give the Terps a 3-point lead, which they wouldn’t relinquish. After Melo Trimble splashed two free throws, a Robert Johnson 3-point attempt at the buzzer missed as Indiana lost for the sixth time this season.

Standout performance: As a freshman, James Blackmon Jr. went 2-of-14 and finished with five points in a 68-66 loss to Maryland at the XFinity Center. Blackmon Jr. was much better on Tuesday, finishing with 22 points on 9-of-15 shooting. Blackmon Jr. also became the 50th player in Indiana history to surpass 1,000 career points.

Statistic that stands out: For the fourth straight conference game and fifth straight game overall, Indiana allowed more than one point per possession. Maryland had little trouble scoring against the Hoosiers, scoring 1.14 points per possession.