Notebook: Quick start gets Hoosiers out of funk 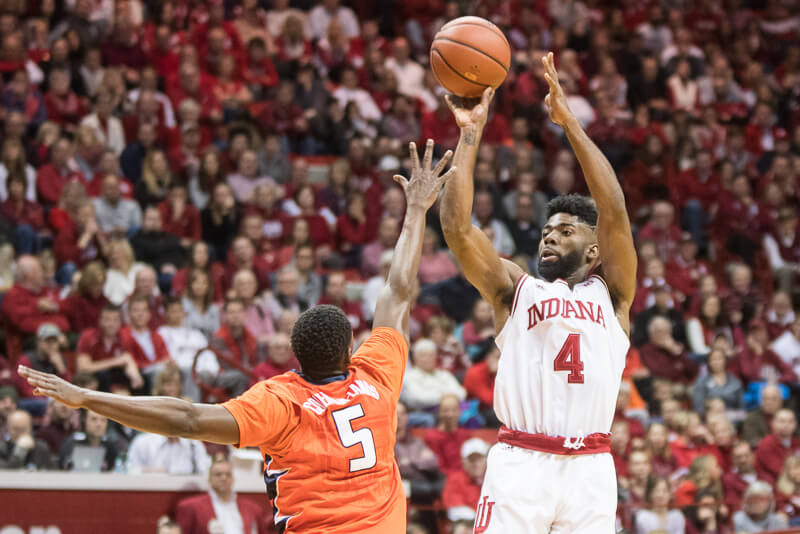 The first half was a dominant one for Indiana, especially on the defensive end of the floor.

After allowing Nebraska and Wisconsin average 1.215 points per possession, the Illini were only able to put up .83 PPP in the opening 20 minutes.

“I think it was a mentality thing,” said James Blackmon, Jr. “We were talking a lot more. Guys were engaged and helping each other out. And then when we get stops like that we get out and run it.”

The strong defensive performance in the first half allowed the Hoosiers to find their rhythm on offense. Unlike the three losses that preceded this win, the Hoosiers weren’t stagnant on the perimeter. Instead, they managed to share the ball with ease, giving teammates open looks and knocking down jumpers at a high clip.

“At the beginning of the game, everything was clicking in the sense the ball was moving,” Crean said. “We were connected defensively, we were getting out on the break, and we were figuring it out.”

The Hoosiers turned the ball over just four times all half while recording 13 assists, more than they dished out in 40 minutes against Wisconsin (9). By the time Indiana headed to the locker room, the score was 48-29.

“(We had the) right mentality going out there into the game,” Thomas Bryant said. “This conference has real good teams. You’ve got to bring your hard hat each and every time you go out there on the floor. That’s what I try to instill in myself and my teammates.”

As good as the first half was for the Hoosiers, the second brought cause for concern. The offense was perhaps more potent than the first, but the stalwart defense disappeared.

Illinois hung 51 points on the Hoosiers in the second half, allowing the Illini to score 24 points in the paint and shoot 14-of-19 from inside the arc.

But Indiana managed to respond with a 13-4 run over the next four minutes, putting the game away. Blackmon scored 25 points for the game, with four coming over that span.

“We helped off Blackmon twice. Probably not a real smart thing to do,” said Illinois coach John Groce. “That hurt us. He buried a couple shots and made us pay.”

After suffering an injury in the loss to Nebraska, freshman Devonte Green returned to the court Saturday, logging 13 minutes, scoring five points and recording two assists.

Green received plenty of instruction from coaches during the game, including from Crean, who helped demonstrate why he was called for a foul in the post.

“He got stuck on the post,” Crean said. “Going through the technique again of a post run. It’s just reminders, not teaching anything new.”

Green was far from the only Hoosiers in foul trouble against Illinois. 49 fouls were called during the game, with five Hoosiers accounting for 21 of them (Morgan had 5; Green, Bryant, Anunoby and Davis all finished with 4).