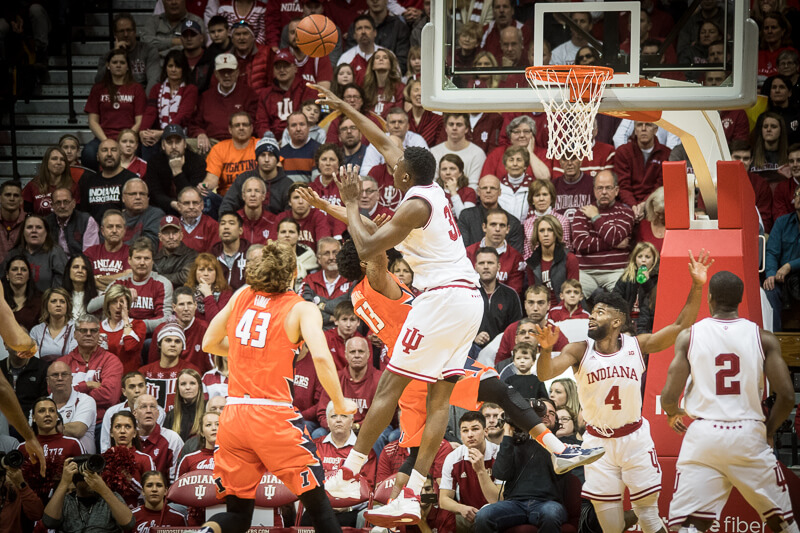 Quick thoughts on a 96-80 win over Illinois:

How it happened: Indiana won this game on the strength of a strong start and hot 3-point shooting. The Hoosiers opened the game on a 15-0 run and never trailed. It was a dominant performance, at least offensively, for Indiana in a game where it desperately needed a win. But Illinois showed signs of life in the second half and was able to get within nine at 81-72 with 5:41 to play. Indiana’s answer? The 3-point shot. Thomas Bryant splashed one with 3:29 to go to extend the lead to 14. And 20 seconds later, OG Anunoby hit another one to push the lead to 15. Indiana was hot all afternoon from deep (13-of-25), which helped cover up another lackluster defensive performance (1.18 points per possession allowed).

Standout performance(s): It was a strong afternoon for both James Blackmon Jr., who finished with 25 points on 7-of-12 shooting and Thomas Bryant, who had 20 on 6-of-6 shooting, including a pair of 3s.

Statistic that stands out: Indiana’s offense was in peak form as the Hoosiers posted an effective field goal percentage of 72.4 and scored 1.42 points per possession against the Illini.