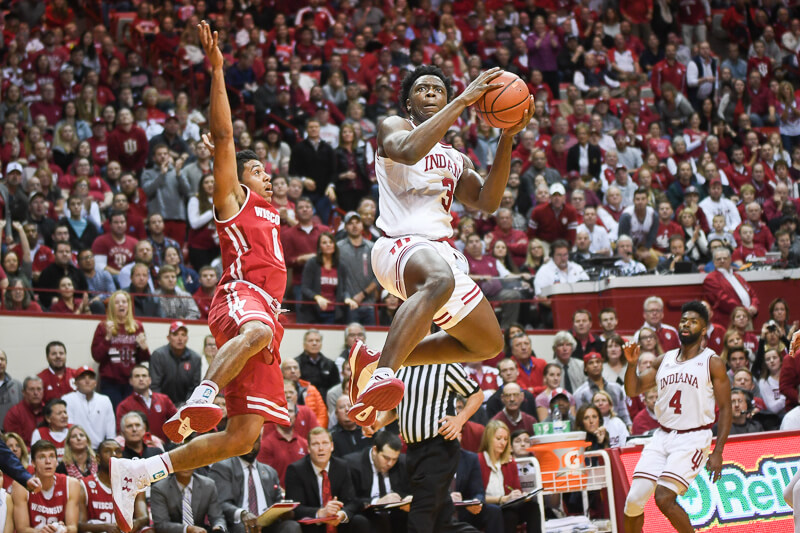 Quick thoughts on a 75-68 loss to Wisconsin:

How it happened: This one looked like it might be over before the first media timeout. Wisconsin raced to a 16-2 lead before the Hoosiers could blink, but Indiana battled back slowly and was right in the game up until the game’s final eight minutes. So what happened in the final eight minutes? Bad lineups and poor execution. Start with the lineups. With a healthy amount of momentum at the under eight media timeout, Tom Crean sent De’Ron Davis to the bench and played a lineup with both Zach McRoberts and Freddie McSwain for several minutes. When the dust settled, Wisconsin had a 66-59 lead and complete control of the contest. So much for any momentum. From there, the Badgers took care of the ball and executed for the final stretch of the game to hand Indiana its third straight loss.

Standout performance: De’Ron Davis scored 12 points on 5-of-7 shooting in 18 minutes. According to IU’s statistics, the Hoosiers were +12 with Davis on the floor.

Statistic that stands out: 21 minutes. That’s the combined minutes for McRoberts and McSwain, who combined to go scoreless and took just two shots. That’s too many minutes for a duo that offers nothing offensively.