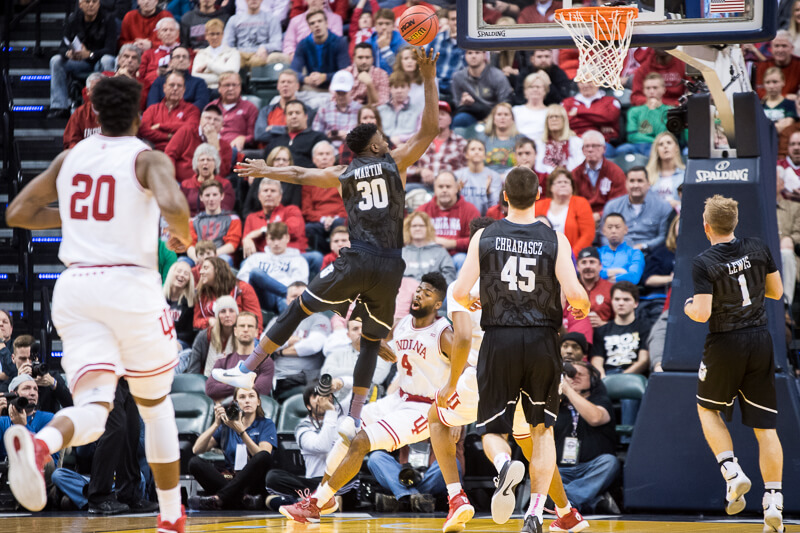 How it happened: Indiana raced to a 6-0 lead in Bankers Life Fieldhouse, but it would be short lived as Butler stormed back and controlled this one basically throughout. The Hoosiers made it interesting late and even had a chance to tie it at 77, but a James Blackmon Jr. 3-point attempt rimmed out. From there, Indiana drew within two at 79-77 on a Blackmon 3 and then elected to play it out rather than foul Butler. Thomas Bryant lost Tyler Wideman on a backdoor cut off of an out of bounds play and Butler pushed the lead back to four at 81-77 to seal the win. This loss can be pinned on a poor defensive effort (1.18 PPP allowed), an explosive offensive performance from Kelan Martin (28 points) and Indiana’s inability to make a 3-pointer until the second half (0-of-8 on 3s in first half).

Standout performance: James Blackmon Jr. had a team-high 26 points and hit 4-of-7 3-pointers in 34 minutes. The junior from Marion had 16 of his 26 in the second half when Indiana closed within two after trailing by as many as 16.

Statistic that stands out: Butler’s 1.18 points per possession were the most Indiana has allowed in a game this season and the Bulldogs hit 10 of their 21 3-point attempts for 46.6 percent. Indiana entered the game with the best 3-point field goal percentage defense in the country at 25.1.