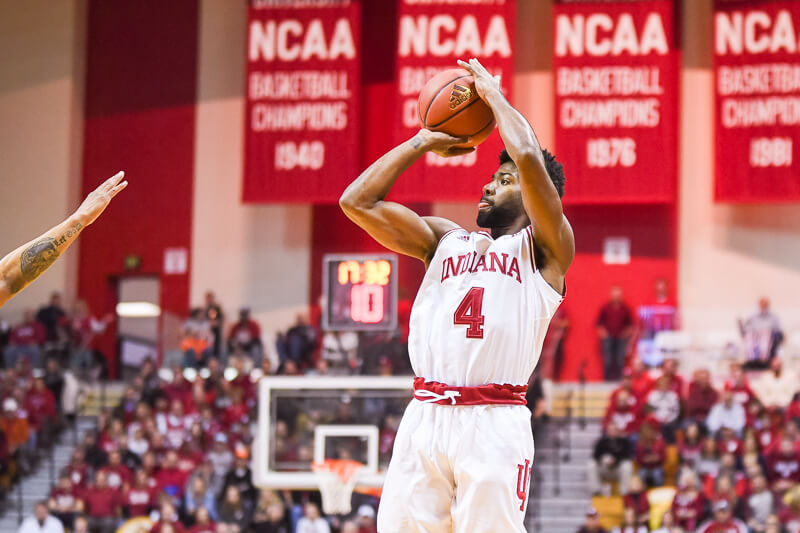 Quick thoughts on a 103-61 win over Houston Baptist:

How it happened: As was the case with Indiana’s previous two opponents – SIU Edwardsville and Southeast Missouri State – this one was over before it started. The Hoosiers outclassed Houston Baptist from a talent perspective and as a result, ran them off of Branch McCracken Court. The win moved Indiana to 8-1 on the season and was the 24th straight win at Simon Skjodt Assembly Hall, which is the fifth longest active home court winning streak in the country. OG Anunoby was also a full participant in warmups and appeared to be available to play (although he didn’t), which is a good sign heading into Saturday’s showdown with Butler in the Crossroads Classic.

Standout performance: Sophomore Juwan Morgan made his first four shots, which set the program record for consecutive field goals made at 14. Morgan finished with 13 points on 4-of-5 shooting from the field and 4-of-5 from the foul line in 20 minutes. He also had seven rebounds, two assists, a block, a steal and just one turnover.

Statistic that stands out: Indiana posted a season low turnover percentage (15.9%) and was at 13.4 percent at halftime. In the past we’ve seen the Hoosiers turn it over at a high rate against low major competition, so this was a solid performance in terms of taking care of the ball.