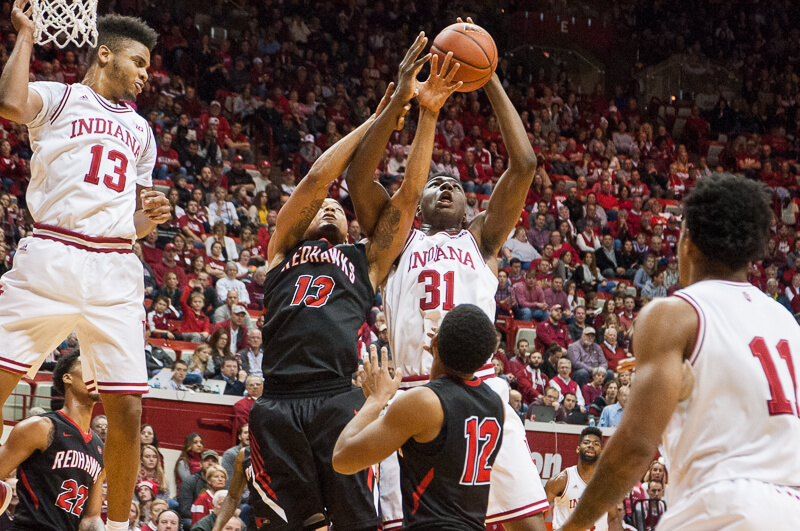 How it happened: This game went just as expected. Aside from a lull midway through the first half when Southeast Missouri State cut Indiana’s lead to five, Indiana controlled this contest throughout. The Hoosiers didn’t shoot it well from the perimeter, but made 22 of their 36 2-point field goal attempts and finished with 1.16 points per possession. The win was Indiana’s 23rd straight at Simon Skjodt Assembly Hall, which is the sixth longest active streak in the country.

Standout performance: Robert Johnson continued the strong start to his junior season with 17 points on 7-of-13 shooting from the field. Johnson has scored in double figures in seven of Indiana’s eight games. The Richmond (Va.) native also added seven rebounds and two assists in 30 minutes.

Statistic that stands out: As we wrote pregame, one item to watch coming in was Indiana’s turnovers. Southeast Missouri State came in ranked in the top 75 nationally in terms of forcing turnovers and the Hoosiers had difficultly taking care of the ball. Indiana finished with 18 turnovers for a final turnover percentage of 25.2.