At the buzzer: Indiana 83, SIU Edwardsville 60 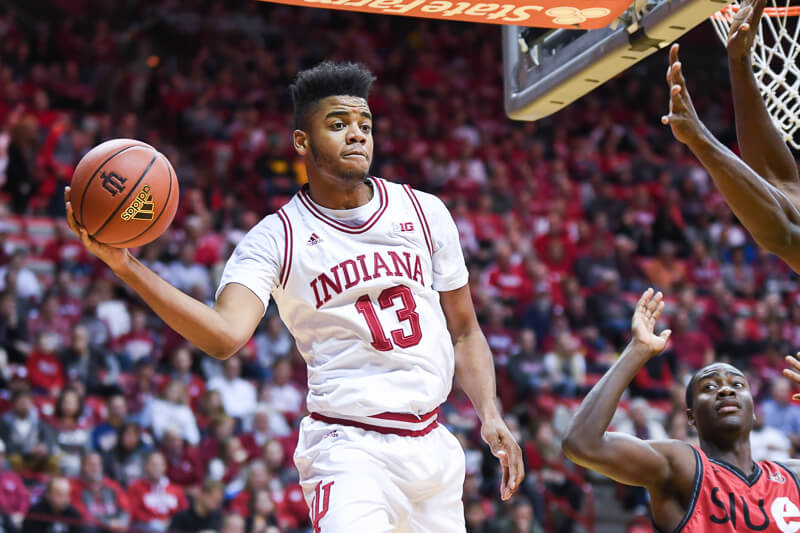 How it happened: Save for a shaky start, this game was all Indiana. After trailing 4-0 to start, Indiana ripped off a 29-8 run to claim a 17-point lead. It never got closer than 14 points the rest of the way. Without any frontcourt size for SIU Edwardsville, Indiana dominated the glass by grabbing 15 offensive rebounds for 17 second chance points. The Hoosiers also blocked eight shots. Against an inferior opponent, Indiana was dominant, which is what you’d expect from one of the nation’s top 15 teams. The win was IU’s 22nd straight in Bloomington, the longest active streak in the Big Ten.

Standout performance: Sophomore Juwan Morgan was relentless on the boards and recorded his first career double-double with 18 points and 10 rebounds. The undersized Cougars had no answer for Morgan’s aggressiveness in the paint.

Statistics that stands out: Indiana had a turnover percentage of just 11.9 in the first half and 18.9 percent for the game, a season low. The Hoosiers also rebounded 45.5 percent of their missed shots.