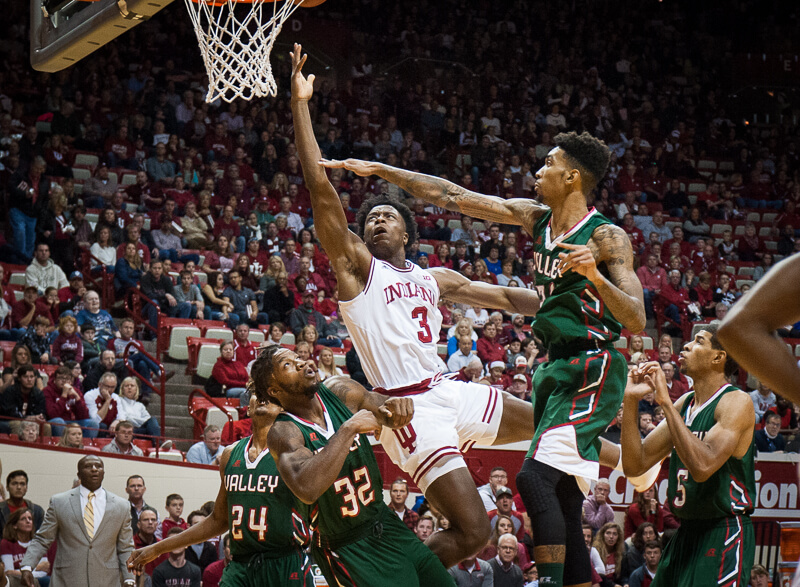 How it happened: After Indiana’s surprising 71-68 overtime loss to Fort Wayne on Tuesday, the only question coming into this game was how the Hoosiers would bounce back from defeat. The result was never really in doubt – Indiana lead throughout the contest – but this game wasn’t without a few lulls to make the Hoosier faithful restless. The Delta Devils cut Indiana’s lead all the way down to five late in the first half, but Indiana responded with a 7-0 burst to push the lead to 12 at half. From there, Indiana cruised the rest of the game as it held Mississippi Valley State to just 24 second half points for its fourth victory of the season. It was the 20th consecutive home victory for Indiana at Simon Skjodt Assembly Hall.

Standout performance: OG Anunoby scored a career-high 21 points on 7-of-12 shooting in 26 minutes. Anunoby was scoreless in 13 minutes at Fort Wayne and while he still appeared to be a bit under the weather, it didn’t matter against an inferior opponent.

Statistic(s) that stands out: Among the better team numbers for Indiana on the afternoon: Eight blocked shots, just .74 points per possession allowed and an effective field goal percentage of 56.8.