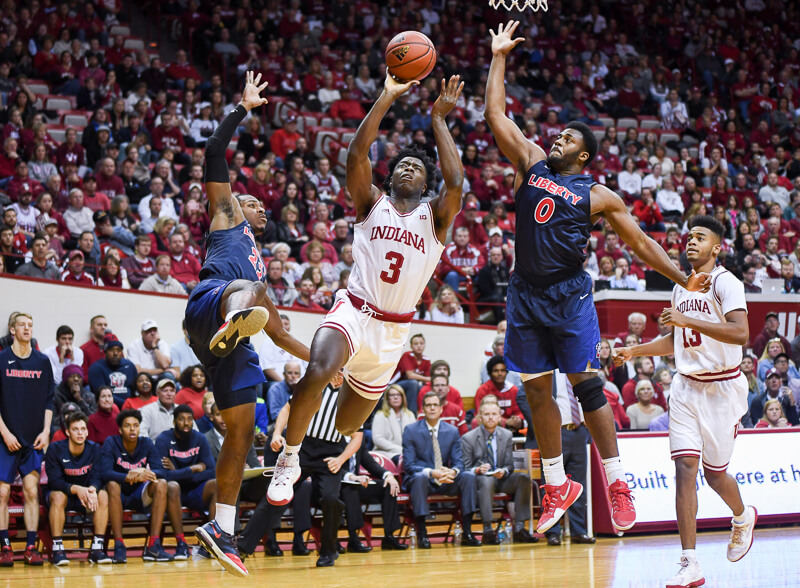 How it happened: Despite a turnover percentage over 40 percent in the first half, Indiana was never really challenged on Saturday night at Simon Skjodt Assembly Hall by Liberty. The Hoosiers led by as many as 32 in the first half on the strength of hot shooting (76 eFG%) and woeful shooting by the Flames, who scored just .47 points per possession before intermission. Despite the easy victory, there’s plenty for Indiana to work on coming out of this one. The list starts with the turnovers. Indiana had 26 in the game and while many were the result of aggressive play, the Hoosiers need to clean things up in a hurry with a road game looming on Tuesday in Fort Wayne.

Standout performance: Sophomore OG Anunoby notched his first career double-double with 10 points and 11 rebounds. Most of the damage came in the first half, when Anunoby scored seven points and grabbed nine rebounds.

Statistic that stands out: Indiana limited Liberty to just .62 points per possession and an effective field goal percentage of 33.6.