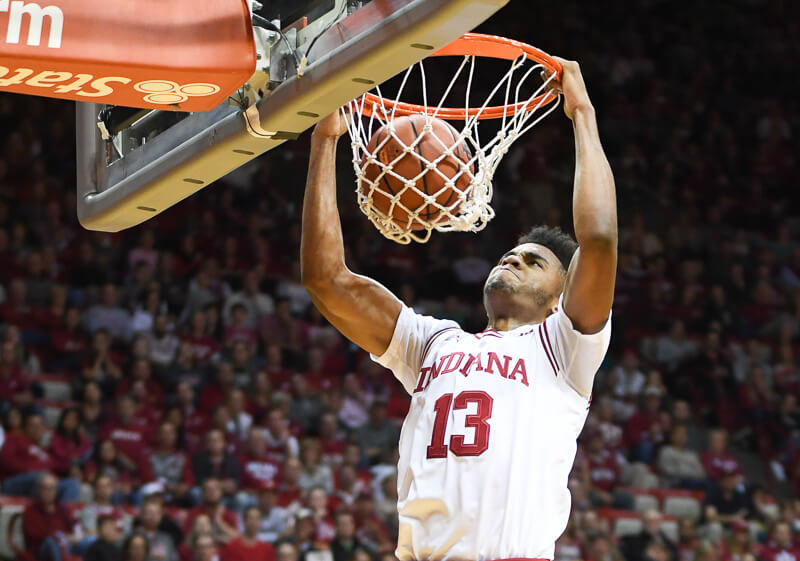 How it happened: After a poor start defensively, Indiana used a 10-0 run midway through the first half to open a 31-20 lead on the River Hawks, who came out strong by knocking down shots from the perimeter and getting into the lane. From there, UMass Lowell never got closer than nine as the Hoosiers’ lead ballooned to 29 in the second half. Overall, this was a solid performance from Indiana offensively as the Hoosiers knocked down 11-of-27 shots from distance and grabbed 55.9 percent of their missed shots. Defensively, Indiana didn’t play particularly well as a below average team managed 1.04 points per possession on Branch McCracken Court.

Standout performance: Robert Johnson played a very solid all-around game, finishing with 16 points (7-of-11 shooting), five assists, five rebounds and two turnovers in 26 minutes. Johnson finished with a plus/minus of +25, the highest of any Hoosier on the evening.

Statistic that stands out: Through two games, James Blackmon Jr. is 9-of-17 on 3s and has 49 points. Blackmon Jr. was very good offensively against Lowell, scoring 23 points and connecting on eight of his 12 shot attempts from the field.